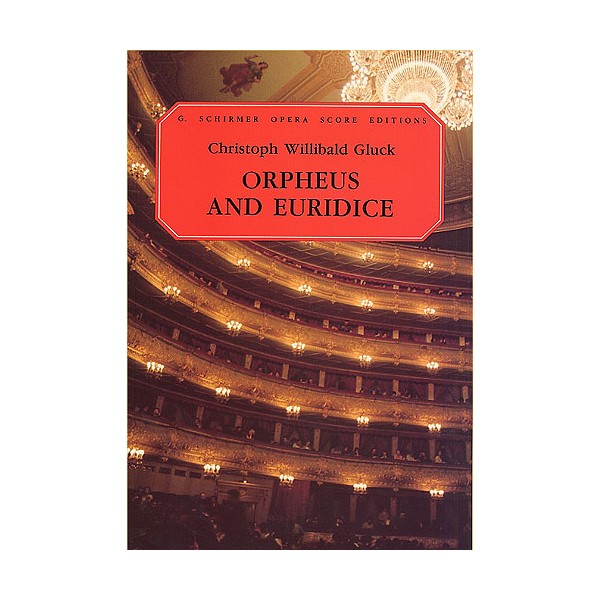 Glucks Orfeo et Euridice was one of three operas composed by Gluck in an attempt to reform the Italian opera seria. The libretto is noble and grand and this must have inspired Gluck, for his approach to the score is also monumental, as well as orchestral in nature.

The opera opens after the death of Euridice to a funereal choral tableau which is pierced by the cries of the anguished Orfeo. Huge dramatic choruses of shades and furies contrast starkly with the solo recitatives and arias of Orfeo as he searches for Euridice. The third act is particularly beautiful, as Gluck and Calzabigi turn the shade of Euridice into a complex lover and wife, unwilling to follow her husband blindly out of Hades, even though she has been called back to life. Her arguments and pleadings, her passion and confusion, create the torment in Orfeo that results in her being sent back to hell.

This is the Schirmer edition of the Vocal Score, with English words by Walter Ducloux taking precedance over the French original.