How To Choose A Mandolin

Mandolins are a common sight in guitar shops, but they're also a little misuderstood, and we can't help but wonder how many cheap mandolins there are sat in cupboards and attics, bought by people who thought they would be a good idea but ended up bamboozled by them. In this blog we're going to have a look at how to approach buying a mandolin that won't end up in the attic.

What makes a good mandolin?

Obviously the amount of care that goes into making the instrument is going to make a big difference to the quality of the instrument. Mandolins are under a lot of tension and those small fingerboards don't leave a lot of margin for error when you're playing chords, so you need a nicely shaped, straight neck that can be adjusted correctly – one of out chief complaints about cheap mandolins is that the necks are impossible to get into a shape that allows the instrument to be set up to play easily, and it's as important for an absolute beginner as it is for an expert to be able to fret notes easily and cleanly. A good tell tale sign of a bad mandolin neck is if you lay a straight edge along it and see a banana shape to the fingerboard between the nut and body join, then a 'ski jump' – ie the fingerboard rises steadily upwards – from the body onwards. We can't stress this enough: start with a too-cheap mandolin and it will put you off playing the mandolin!

A more sophisticated build will also contribute to the quality of sound, with cheaper instruments typically overbuilt and therefore weak and harsh sounding where a more delicately build high end mandolin will sound rich and full.

The type of wood is important as well. As with acoustic guitars, the cheapest instruments are made from plywood and the more expensive ones solid wood, but in arch top mandolins (don't worry, we'll get to arch top and flat top in a minute) there are a couple of different construction methods: cheaper solid wood mandolins are made using thin pieces of solid wood that are steamed into shape, where as the better ones are carved in the same way a violin top is carved. This has a big effect on the stiffness of the top as the grain orientation is different, so the carved top is typically more responsive and dynamic.

There seem to be lots of different types of mandolin. What are they all and which do I want?

There are essentially three families of mandolin - the Classical, the Celtic and the Bluegrass – with variations of each, so we'll go through them.

The mandolin originated in Italy as a classical instrument similar to the Medieval cittern, and was composed for by Vivaldi amongst others. The instrument's heyday though was the 19th century where it became a hugely popular 'light' classical instrument and by the start of the 20th century most of Western Europe was in the grip of mandolin fever. Italian mandolins look like small lutes with a staved back (like a wooden boat hull) referred to as a bowl-back. In Germany the mandolins were a little chunkier with distinct sides and a much more lightly arched back.

The classical style instruments you most commonly see are antiques from the 19th century and these should be approached with extreme caution as they often aren't in a condition they can easily be made playable. Our inclination is to say if you really want to play period classical mandolin look for a quality antique one from a dealer with experience in them and be prepared to pay decent money for one – a £100 Ebay job is most likely only of value as an ornament. There are some good Japanese classical instruments worth keeping an eye out for, but they're not common in the UK. You can also play classical music perfectly well on a celtic or bluegrass style mandolin.

Celtic style mandolins are the ones that look like little teardrop shaped guitars with a flat (or very slightly arched) top and back – they're very lively with a lovely sustain and lots of jangle, so they're ideal for jigs and reels. There are several great UK makers of this style of mandolin and on a lower budget companies such as Ozark and Ashbury make nice instruments for not much money. A celtic model is a great beginner's choice and people coming across from guitar often find them nicely familiar and approachable instruments. There's only really one type of celtic mandolin so differences are of fairly minor consequence to a beginner – as long as you like how it plays and sounds, it's a good one. 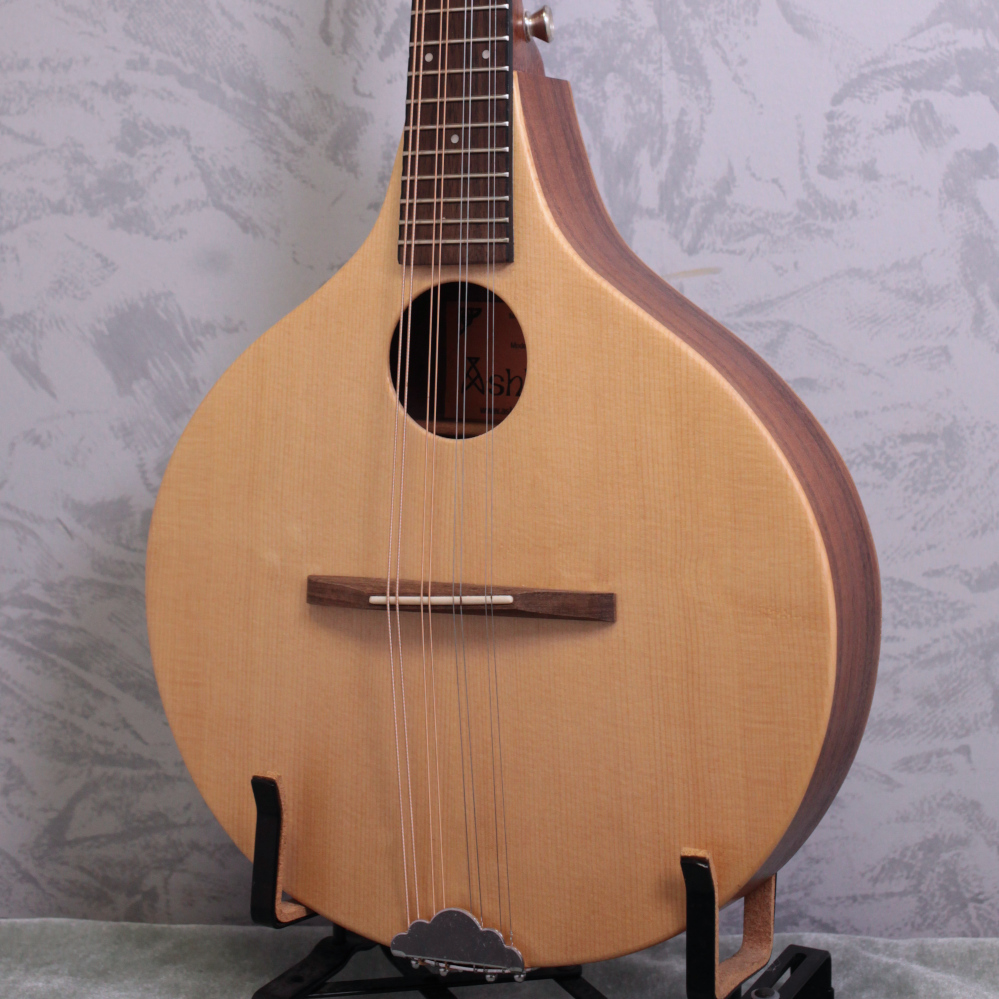 The bluegrass type is the most common modern mandolin and these are the ones with violin-like arched tops and F holes. The first commercially made examples were by the Gibson guitar company and Gibson dominated the market to the extent that most bluegrass mandolins are based on Gibson instruments. There are two basic types – the 'A' model and the 'F' model. The A model is shaped like a teardrop and the F has a more complex shape with an ornamental scroll on the bass side. Do they sound different? The short answer is probably no, the long answer is in theory they possibly should a bit but for a beginner, best way to think of it is simply do you want to pay more for the aesthetics of the F style. Cheap bluegrass mandolins are typically plywood with the better instruments carved. Most of the beginner mandolins are cheap A style instruments and the range from woeful to reasonable. They commonly come with F holes but versions with round or oval holes are sometimes seen, and there's sometimes a subtle difference in tone between the two. 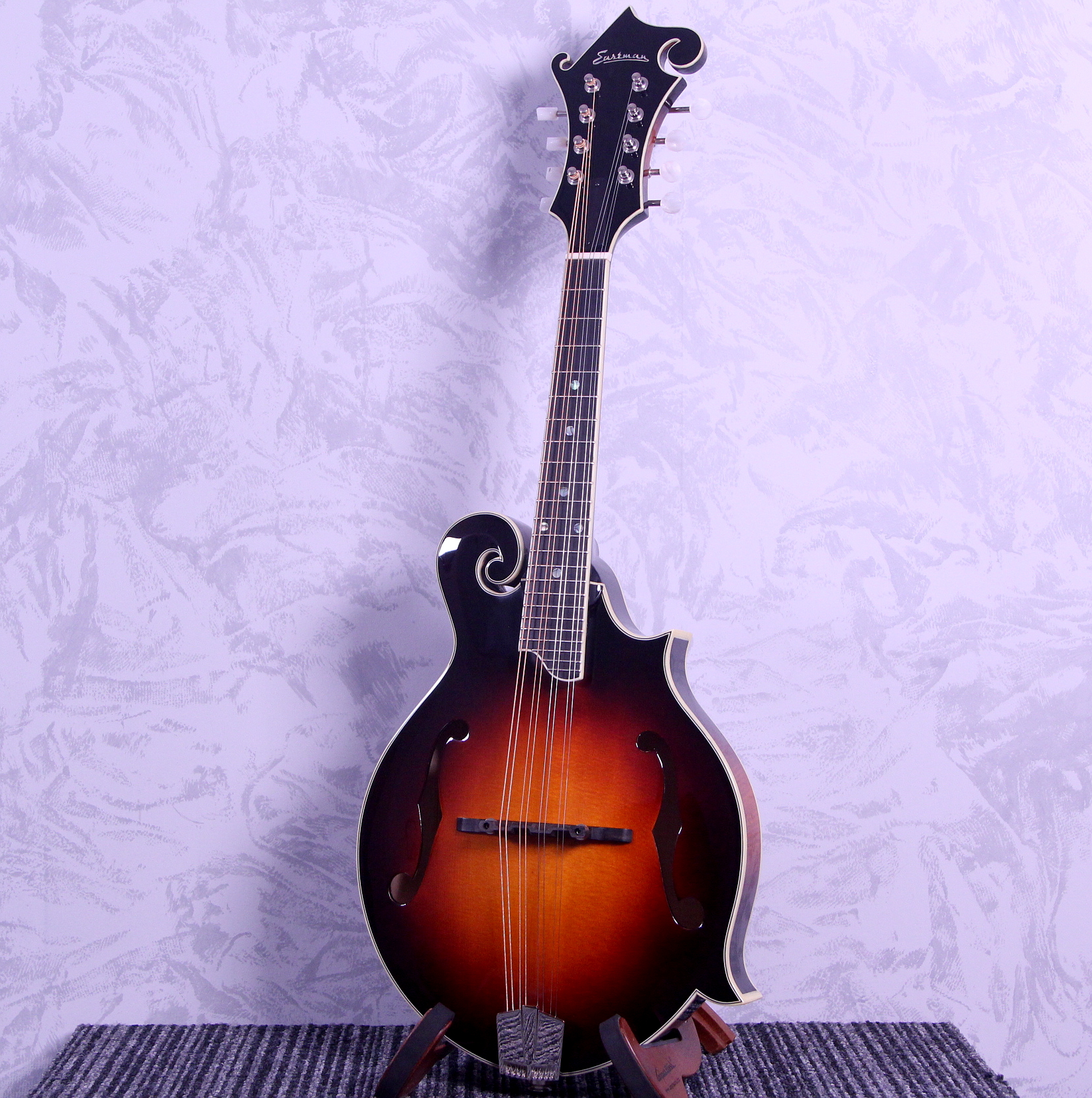 Bluegrass mandolins are known for their 'chop', the slightly percussive attack that allows them to carry well in a band context. Where as the Celtic type mandolins had to be loud enough to handle themselves against guitars, squeeze-boxes and banjos in close quarters, the bluegrass type needed to hold it's own against other instruments on larger stages, so an ability to cut through and project well was critical and the construction reflects that. Having said that, although usually referred to as bluegrass mandolins, they can play pretty much anything from classical to modern rock, so they're a versatile design.

Which mandolin should I buy?

In an ideal world, we would suggest a solid top Celtic or bluegrass style mandolin. Ashbury make a couple of very nice Celtic style mandolins, an attractive and very affordable 'Army & Navy' model and a nice, slightly arched Spruce model. There's also a traditional Ozark A style model with a solid top that plays very well.

If you can afford a little more, the Eastman 305 is a phenomenal A style bluegrass mandolin with all solid, fully carved construction. We feel this mandolin is of a fully professional quality and it's not ridiculously expensive so, if you want to buy one instrument that could potentially last you for life, the Eastman is ideal.

If you're on a really tight budget, we've found the Stagg to be a decent first instrument. It's an all-plywood A style that you can instantly see is built to a cheaper price-point against the Ashbury or Ozark options but they can be set up to play very well for the price. You'd probably want to upgrade if you took to it well, but it certainly won't hold you back learning your first chords and scales.