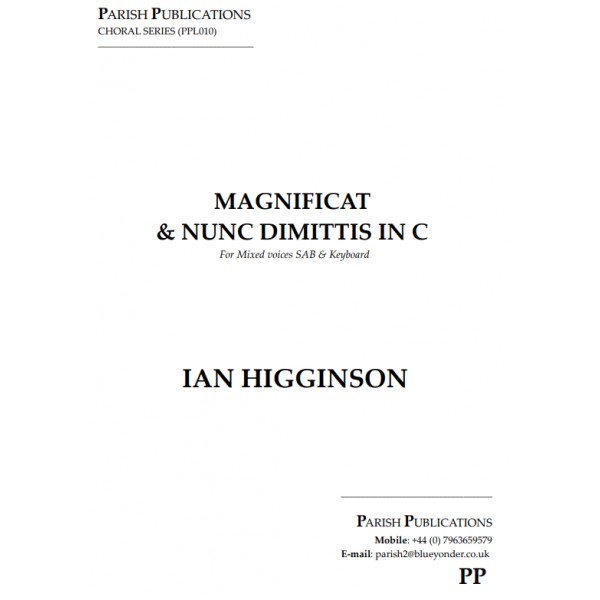 Although this setting was written for choirs who have a shortage of men, it is hoped that the musical writing doesn't lose any vocal or harmonic interest

Choirs should find this rewarding and not too difficult to perform

It is suitable for services and concerts

Although this setting was written for choirs who have a shortage of men, it is hoped that the musical writing doesn't lose any vocal or harmonic interest. Choirs should find this rewarding and not too difficult to perform. It is suitable for services and concerts.

The Magnificat is moderately easy and is a lively rhythmic setting, which contains some strong melodies, although there is some tonal dissonance within the rich harmonic texture.

The Nunc Dimittis is perhaps more stately and gentle in feel, until it builds to a climax and culminates with a reprise of the lively and rhythmic Gloria.