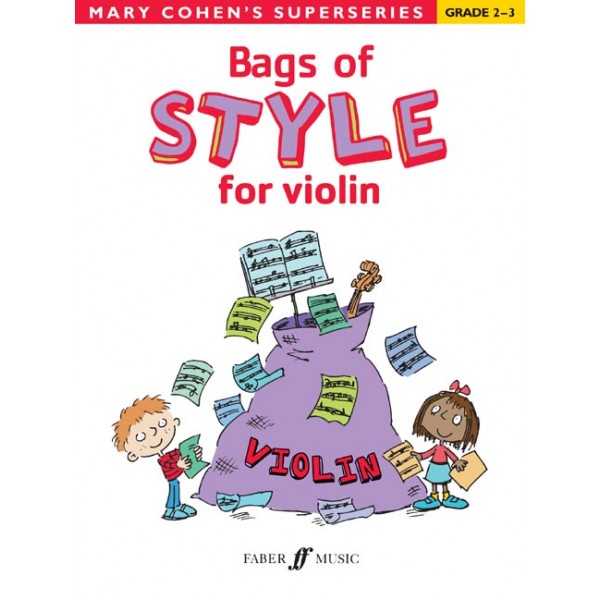 Bags of Style takes you on a fantastic musical journey through ten centuries of time, from the 12th to the 21st century. This is great material for concerts, or to liven up history or drama lessons.Each piece is complete in itself, so does not need an accompaniment, but for fun you could ask a friend to improvise a simple rhythm on drum or percussion to fit with your part. Written and arranged by the UK’s leading string pedagogue Mary Cohen, creator of a wide range of imaginative teaching publications including ‘Superstart’

Bags of Style for violin