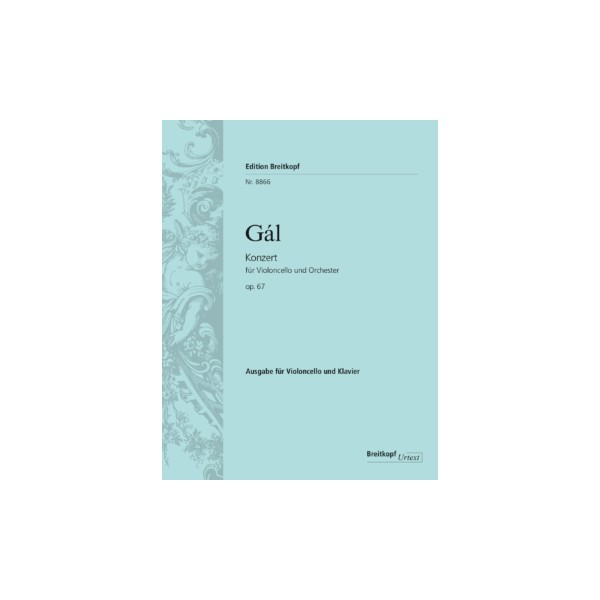 In 1944, Hans Gál composed his Violoncello Concerto in the most difficult circumstances, when World War II was still going on and his economic situation was very bad.

All the more fascinating is his unscathed creativity– which might have helped him dealing with those terrible times. In an interview he gave shortly before his death, he reflected the following regarding this work: “It was a blessed time”, during which he was able to write the whole concerto “in one rush”.

Antonio Meneses was one of the soloists to be thanked for the rediscovery of the concerto. Being the first one to record it in 2012, he praised it enthusiastically: “It’s a very rich concerto, with so many things going on. The more I was able to enter, the more I started enjoying it, and the more I started discovering that it is actually a jewel of a concerto, a concerto that should be part of the normal repertoire of all cellists in the world.” This can no doubt be accomplished more easily with the present modern-day piano reduction. This “Breitkopf Urtext” is based on an earlier transcription which was supervised by the composer himself.