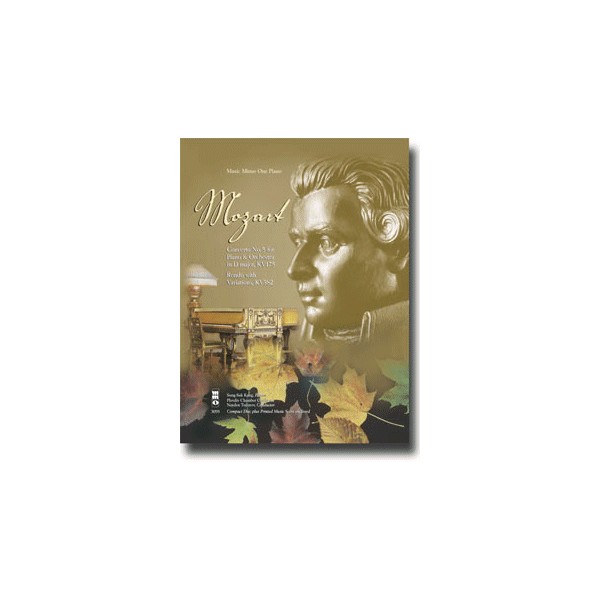 MOZART - Piano Music Minus One Book and CD

Here is Mozart's first large-scale concerto for keyboard and orchestra, written in 1773. Ironically, this first concerto was his greatest hit during his life. It shows that the little genius, even at age seventeen, had learned the art of combining beautiful and lasting music with something that the crowds would eat up like candy. It is quite simply a big crowd-pleaser and you cannot help but be swept away by its joy and magic.

The Rondo with Variations, KV382, was written years later as an alternate Rondo for the KV175 concerto, and may be also be performed on its own as a concert-piece. Perfect for intermediate-level pianists. Includes Mozart's own cadenzas. This deluxe, newly expanded 2CD set includes a 2nd compact disc containing a slow-tempo practice version of the accompaniment to help you as you learn the piece.

Includes an authoritative, newly engraved music score printed on high-quality ivory paper, and a compact disc containing a complete reference recording in digital stereo, with soloist, followed by a second version in digital stereo of the orchestral accompaniment, minus the soloist: and a second compact disc containing a full-speed version of the complete version followed by a -20% slow-tempo version of the accompaniment for practice purposes.