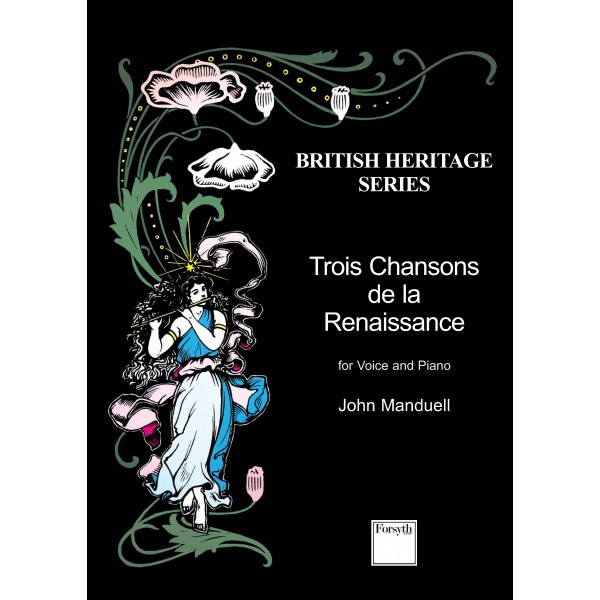 A wonderfully balanced and yet contrasting set of songs for Baritone voice and piano, inspired by Sir John Manduell’s long-standing love of French renaissance verse.

A wonderfully balanced and yet contrasting set of songs inspired by Sir John Manduell’s long-standing love of French renaissance verse.

In the first, perhaps the most often quoted of Ronsard's poems, the poet invites young Mignonne to come and look at the purple rose and to realise that her beauty like the rose's will fade all too soon. Du Bellary's poem is redolent of late summer heat and haze as the thresher of the title calmly pursues his work. The Marot is a brief exercise in courteous mockery as the poet chides his ailing lady upon her gastronomic self-indulgence and warns her of the inevitable consequences upon her figure".

This work can be heard on the CD 'Gradi - The Music of John Manduell', on ASC Classical disc ASCCSCD47.

other products in the 'Voice' category: