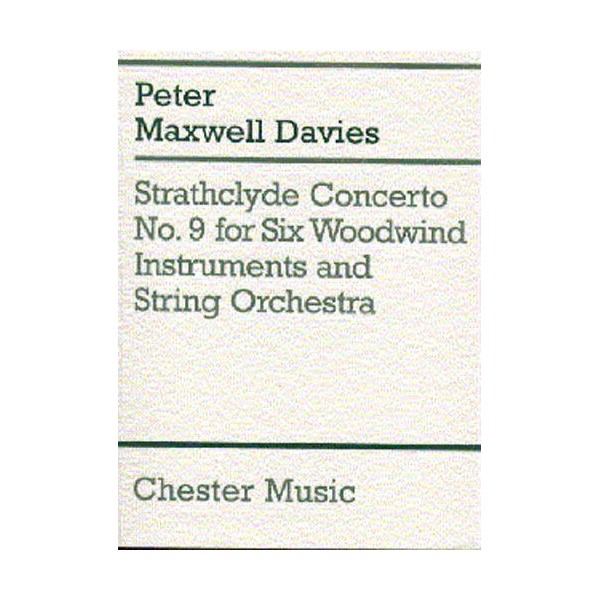 The solo group consists of a sextet of the woodwind instruments which are normally doubled with more regular members of the orchestra: these six strangers, now brought to the fore, are piccolo and alto flute, cor anglais, Eb and bass clarinets and contrabassoon. They make a motley group, diverse in colour as in register, and one of the tasks of the piece sets itself is to have them blend and cohere, both together as an ensemble and in partnership with the string orchestra (which itself is used with unusual variety and subtlety).
Another evident task of the work is to provide fine solos for each member of the woodwind sextet: bright dances for the piccolo, recitatives for the alto flute, a stoical song from the contrabassoon in the extreme bass. The work is cast as a single movement, which begins in the composers first-movement style of rapid regeneration. This is interrupted by slow interventions, including one for divided strings which gives rise to a sextuple cadenza for the soloists. Out of this comes a slow movement, or sequence of short slow movements, followed by a dancing finale with its own slow episodes. Altogether this is music of songs and dances, heavily tinged with Scottish rhythms and tonalities: one might think of a magic bagpipe, having six chanters and a drone of variegated string texture.
This work for woodwind instruments and string orchestra was commissioned by the Strathclyde Regional Council and the Scottish Chamber Orchestra. It is the ninth of ten concerti to be written for principal players of the Scottish Chamber Orchestra. The first performance was given in February 1995 by the Scottish Chamber Orchestra, conducted by the composer.