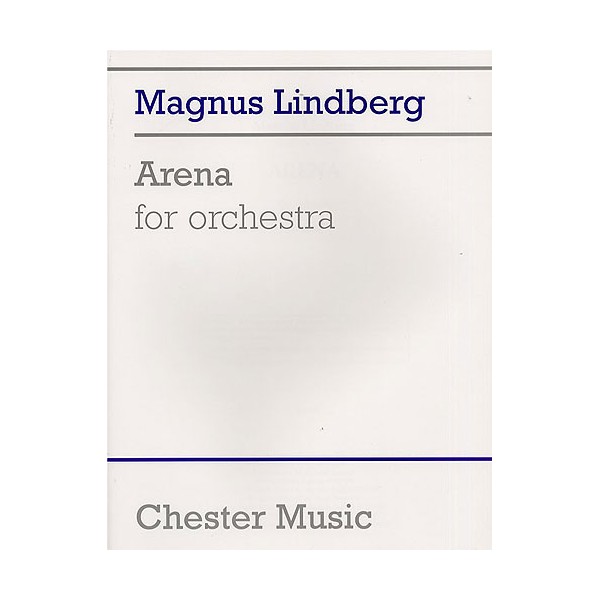 Commissioned by the first Sibelius Conductor's Competition held in Helsinki in May 1995, as an obligatory piece to be rehearsed by all the competitors, Arena was performed in its totality at the annual Avanti! Chamber Orchestra's festival in Porvoo (Finland). Thematic thinking has never been a main feature in Lindberg's music, but here horizontal lines (one would not yet dare to call them melodies) gain some independence, for example in ornamental figures and in the intense cello solo around the middle of the piece. Arena also reveals some clearly new material - Lindberg has talked about Beethoven-like formal thinking, referring to a passage where the sense of movement seems to accelerate to an extreme so that finally one perceives only a motionless surface. Another new element - which was already used to some extent at the warmly hovering ending of Aura - is the almost romantic sound world and the suspension of the harmonies in the final climax, which can make one think of Mahler and Berg, or Lindberg's grand predecessor and compatriot, Sibelius.

This is the Score, published by Chester Music; the duration of the pieces is approximately 16 minutes.