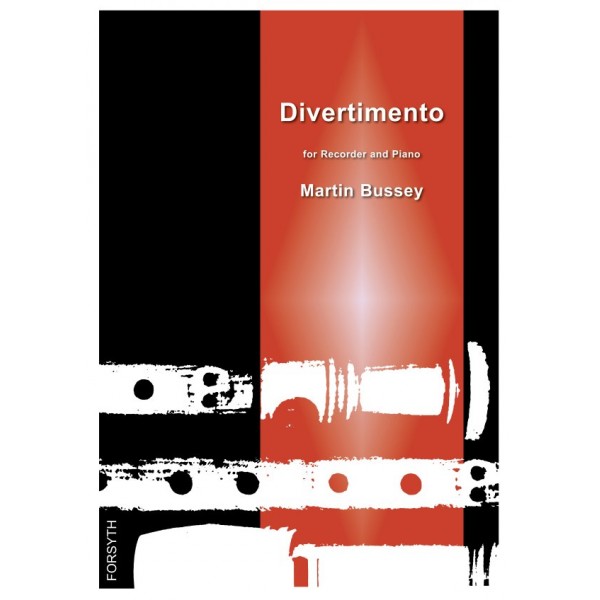 This fresh and appealing work lives up to its name. Particularly diverting is the finale, a hornpipe subtitled “The Knotted Sailor”, in which the nifty performers have to negotiate frequent and teasing changes of rhythm at speed.

The opening movement is a free fantasia, contrasting with the middle movement, a scherzetto, in homage to, and based on the letters of the name of, the composer Douglas Steele, an assistant to Sir Thomas Beecham and a founding father of Chethams School, and which quotes from Steele’s beautiful carol The Snow Falls.

Divertimento first performed by John Turner and Janet Simpson at a concert in aid of the Peter Cunningham Memorial Fund at Mellor Church on 17th January 2005. It uses both treble and descant instruments. The second movement was originally composed for a concert in Manchester Cathedral in memory of Douglas Steele, one of the founding fathers of Chetham's School, and quotes (by kind permission of Forsyth Brothers Ltd.), from his well-known carol “The Snow Falls”. It has been separately recorded by John Turner and Stephen Hough on “Autumn Sequence – the music of Douglas Steele and his Circle” (Campion Cameo 2040/41).

Martin Bussey was born in London in 1958.  He was a Choral Scholar at King’s College, Cambridge, during which time he studied composition with Robin Holloway. Following postgraduate singing study at the RNCM he settled in Manchester and held a number of posts, including Head of Academic Music and Director of Choirs at Chetham’s School of Music until 2013. He continues as Musical Director of the Chester Bach Singers, a Vocal Tutor at Manchester University, Chairman of the Finzi Friends and a Director of the Ludlow Song Weekend. Compositions include the highly successful monodrama about Mary I, Mary’s Hand, premiered in 2018; a significant collection of solo songs which includes settings of Housman, Hardy, and Walt Whitman, many recorded on the disc Through a glass; and much choral music, recorded by Sonoro under Neil Ferris in 2019.

other products in the 'Single Composer Solos and Studies' category: