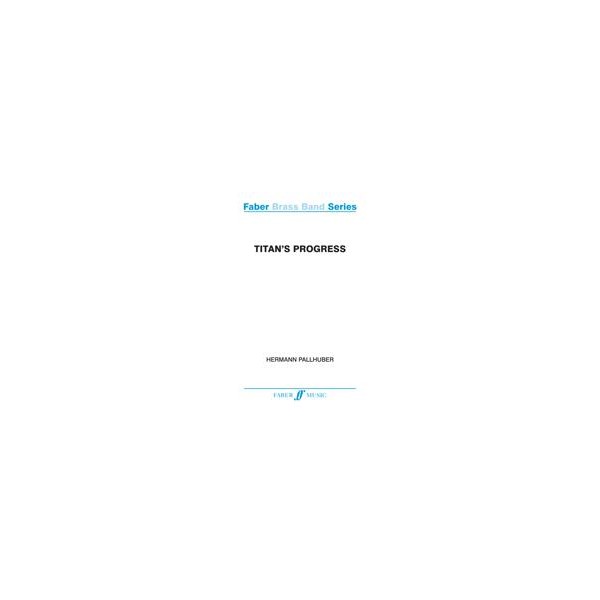 The selected test piece for the 2009 British Open Brass Band Championship, to be held at Symphony Hall, Birmingham on Saturday 12th September. Titans Progress, which is Hermann Pallhubers first work for the British style brass band, also contains references to the music of Gustav Mahler. Motifs from Mahlers First Symphony are employed throughout and especially the principal theme of the finale. Pallhubers music is programmatic and uses the content of the novel and its hero Albano’s evolution for its underlying structure. The stylistic variety of the work (including the Chorale, an impudent Landler, a dancing Farandole, and a climactic Fugue) are Mahleresque in their influences. Titan was a novel by the German author Johann Paul Friedrich Richter, who later known as Jean Paul, and was considered the author’s main work. At almost 900 pages in length, it tells the story of the transition of its hero, Albano de Cesara, from a passionate youth to a mature man. Jean Paul was one of Gustav Mahler’s favourite authors and the latter gave the original five-movement version of his first symphony the Replaced by new ISBNtitle The Titan – in deference to Jean Paul’s novel.