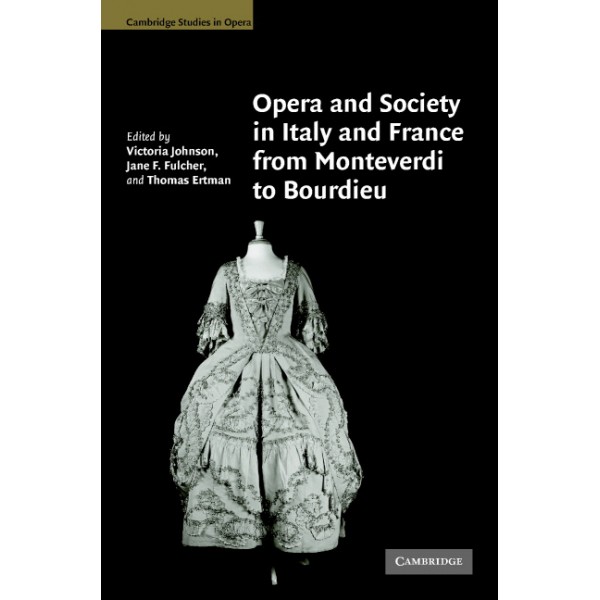 Opera and Society in Italy and France from Monteverdi to Bourdieu

A study of opera in Italy and France from the 1600s to the present day.

This edited volume brings together academic specialists writing on the multi-media operatic form from a range of disciplines: comparative literature, history, sociology, and philosophy. The presence in the volume’s title of Pierre Bourdieu, the leading cultural sociologist of the late twentieth century, signals the editors’ intention to synthesise advances in social science with advances in musicological and other scholarship on opera. Through a focus on opera in Italy and France, the contributors to the volume draw on their respective disciplines both to expand our knowledge of opera’s history and to demonstrate the kinds of contributions that stand to be made by different disciplines to the study of opera. The volume is divided into three sections, each of which is preceded by a concise and informative introduction explaining how the chapters in that section contribute to our understanding of opera.