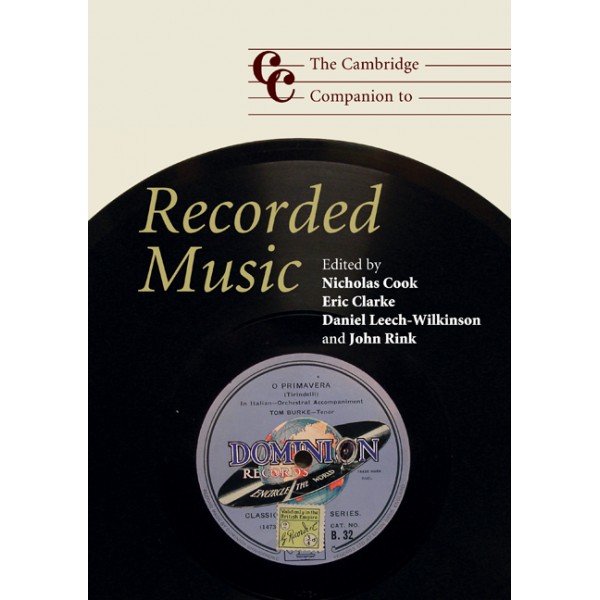 The Cambridge Companion to Recorded Music

Featuring fascinating accounts from practitioners including performers and producers, this Companion examines how developments in recording have transformed musical culture.

From the cylinder to the download, the practice of music has been radically transformed by the development of recording and playback technologies. This Companion provides a detailed overview of the transformation, encompassing both classical and popular music. Topics covered include the history of recording technology and the businesses built on it: the impact of recording on performance styles: studio practices, viewed from the perspectives of performer, producer and engineer: and approaches to the study of recordings. The main chapters are interspersed by ‘short takes’ – short contributions by different practitioners, ranging from classical or pop producers and performers to record collectors. Combining basic information with a variety of perspectives on records and recordings, this book will appeal not only to students in a range of subjects from music to the media, but also to general readers interested in a fundamental yet insufficiently understood dimension of musical culture.