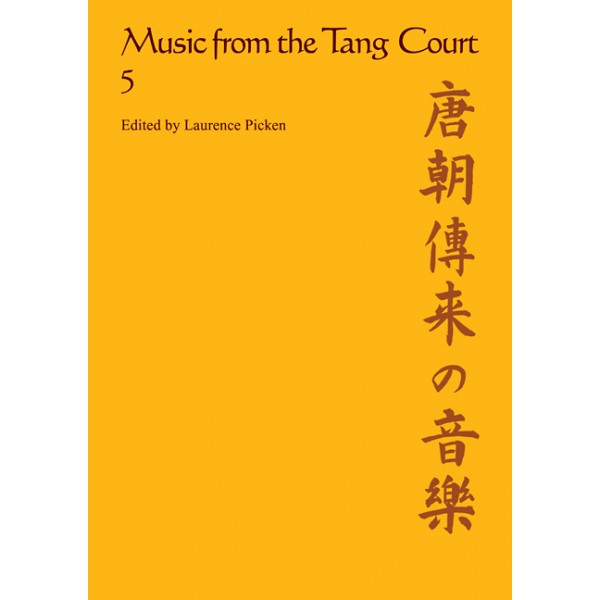 Music from the Tang Court

The fifth volume in this study of the music of the Tang Court.

From the oldest surviving Japanese manuscripts in tablature (ninth- fourteenth-centuries) the book provides transcripts into staff-notation of (largely) entertainment-music, played at banquets at the Chinese Court in the Tang period, borrowed by the Japanese not later than 841. The music has never been transcribed before and has not been heard for 800 years or more, so drastically has it been transformed in Japanese performance. The history of each piece of music, as given in Chinese and Japanese historical sources, is investigated. The music itself is subjected to formal analysis, revealing its structure, its modal dynamics, and the methods of composition. For much of the music, ballet-scores survive from the mid-thirteenth century, and it is hoped that these may be associated fascicles with the music as transcribed in future fascicles. Fascicle 5 offers one immense suite, the origins of which lie in sixth-century China: ‘The King of the Grave-Mound’ (Ryo-o), together with single-stave versions and analyses of upwards of twenty items from previous fascicles and a summary essay restating views on the nature of ‘Tang Music’ (Togaku).