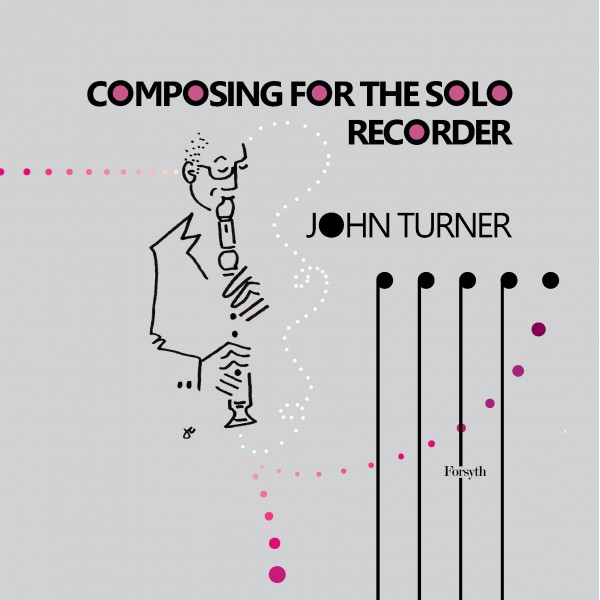 Recorder virtuosi and composer John Turner's indispensible new guide for composers writing for the solo recorder. This hugely useful book features chapters on the history of recorder composition, as well as the instrument's range, player technique, dynamics, balance and effects, and an extensive bibliography of recommended recorder works.

Composing for the recorder can be intimidating for those with limited or no experience playing the instrument. John Turner's new book is the ideal primer, taking the would be recorder composer on a journey through the history of recorder composition, and onwards to explore player techniques and the musicality offered by this versatile instrument. Each section is extensively referenced to exisiting compositions, providing a fantastic platform for further research by the reader.

JOHN TURNER is one of the leading recorder players of today. Born in Stockport, he was Senior Scholar in Law at Fitzwilliam College Cambridge before pursuing a legal career, acting for many distinguished musicians and musical organisations alongside his many musical activities. These included numerous appearances and recordings with David Munrow's Early Music Consort of London, the Academy of Ancient Music, the English Chamber Orchestra, the Academy of St. Martin-in-the-Fields and the English Baroque Soloists. He now devotes his time to playing, writing, reviewing, publishing, composing and generally energising.

He has played as recorder soloist with the Halle Orchestra, the Royal Liverpool Philharmonic Orchestra, the Manchester Camerata, the English Baroque Soloists, the English Chamber Orchestra, and many other leading orchestras and ensembles. Concertos and works with orchestra have been written for him by Gordon Crosse, Anthony Gilbert, Peter Hope, Kenneth Leighton, Elis Pehkonen, Alan Bullard, John Casken, and many other distinguished composers. His recordings include no less than five sets of the Brandenburg Concertos, as well as the F Major version of Brandenburg Concerto No. 4 with Menuhin and George Malcolm, but lately he has madenumerous acclaimed recordings of the recorder’s contemporary concerto and chamber music repertoire, including several concerto discs, all of which have received critical acclaim. In all, he has given the first performances of over 600 works for the recorder, with works by many non-British composers, including Leonard Bernstein, Ned Rorem, Peter Sculthorpe, Douglas Lilburn and Petr Eben.

Many of the works he has premiered have now entered the instrument’s standard repertoire, and these and his own recorder compositions are regularly set for festivals and examinations.  He edits series of recorder publications for both Forsyths and Peacock Press, and founded the periodical Manchester Sounds, in response to the perceived threat to music libraries in Great Britain. In addition he was responsible for the rediscovery of several works for his instrument, including the Rawsthorne Recorder Suite, Antony Hopkins' Pastiche Suite, Herbert Murrill’s Sarabande, the Handel F Major Trio Sonata and John Parry's Nightingale Rondo (the only substantial known British nineteenth century work for a fipple flute). He was awarded an Honorary Fellowship by the Royal Northern College of Music in 2002 for his services to British music, and is a Visiting Distinguished Scholar of Manchester University.