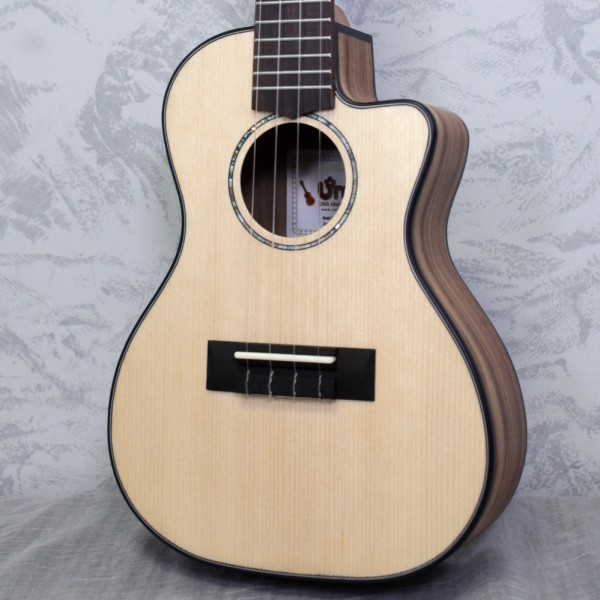 Excellent quality solid spruce top ukulele with acacia back and sides and a mahogany neck. Comes with a gig bag.

In the 15th century, Portuguese discovered a beautiful island during the voyage of exploration of the world, and named it 'Formosa'.

Live in the beautiful island are the people friendly and genuine. They like singing, respect Universe and Nature, and fraternize with wild animals.

Until now, their descendant still like singing. They spread the ancient legends by their pure, nature voice, to tell about their belief in love.

UMA, Unidentified Mysterious Animal, only existing in the legends and imagination. But for us, UMA represents the connection between human being and Nature.

UMA is the song of Formosa, the song of the wishes for true, for good, and for love. And therefore, we believe UMA is more than the legends and imagination.

We sincerely invite you to experience the touching voice from Formosa : the island of true and love.

other products in the 'Uma Ukuleles' category: