Eastman Strings was founded in 1992 by Qian Ni, a student at Boston College of Music who initially set up Eastman as an importer of Chinese made violins, violas and cellos into the US. Whilst China was well established as a source of cheap instruments, Ni believed that for China to have a long term future in musical instrument making it would have to demonstrate an ability to make high quality instruments that were comparable to those being produced in the US and Europe: from the start Ni looked for violin makers who were Western trained in making professional grade instruments.

By 1994 Ni’s business was doing well enough to provide full time employment to a team of experienced makers and to set up a workshop based in Beijing dedicated to making Eastman violins. Critical to the success of the brand was Ni’s determination to produce instruments using traditional violin making techniques rather than relying on modern technology, and Eastman violins were made on workbenches using knives, chisels, gouges and rasps rather than routers and machine tools: to this day band-saws are the only modern devices to be used extensively within the workshops. By the end of the decade Eastman had expanded to include a bow making shop and a case factory in addition to ever increasing violin production.

With Eastman making waves in the classical world, Ni turned his attention to his passion for classic jazz guitar designers such as John Monteleone, Bob Bennedetto, John D’Angelico, James D’Aquisto and Claudio Pagelli. Having a team of luthiers experienced in carved top instruments and considerable buying power with timber suppliers with access to the high quality Spruce and Maple required for high end string instruments, Ni realised his company was ideally placed to produce a range of high quality yet affordable carved top jazz instruments and in 2002 Eastman showed a pair of unlabelled prototype arch top guitars in amongst the violins at that year’s NAMM show. Encouraged by the feedback they began to work on the project in earnest, studying a series of vintage arch-tops and enlisting US guitar makers Mark Lacey and Otto D'Ambrosio (the latter of whom initially licensed the design of the El Rey series of Eastman guitars and currently bears the title of master luthier for the Eastman custom division) to collaborate on the designs In 2004 the first production runs of Eastman guitars were produced and were an instant success.

Following a first wave of traditional arch tops, Eastman also released a range of mandolins based on the early 20th Century Gibson oval and f hole designs and using the same high quality and hand carved tone woods as the arch-tops, and a range of flat top acoustics based on pre-WWII Martin and Gibson construction techniques and with exceptional quality Sitka and Adirondack tops. The arch top range was also expanded to include a series of laminated construction electric guitars based on the popular Gibson ES-175 and ES-335.

By the 10th anniversary of Eastman guitars in 2014 the company had expanded to include a workforce of 250 people split between two workshops producing guitars, mandolins and violin family instruments. Whilst this represents a huge increase on the original set up, Eastman continues to operate on a strictly traditional basis with mostly hand tools used in production of all instruments: Contrary to common beliefs about Chinese manufacture Eastman also operate with employment conditions in line with Europe and the US. Its workforce is split evenly between men and women and employees are able to choose the hours they work. Also in keeping with US practices, each employee is trained to be specifically skilled in a particular job within the production process, ensuring that at each stage of the process each guitar receives the highest attention to detail from the person best equipped for that specific job. The only elements of Eastman guitars not handled in-house are the Gotoh hardware and the pickups, which are either from Kent Armstrong or Seymour Duncan depending on the model.

Although most Eastman models are finished in a traditional nitrocellulose lacquer, in 2016 Eastman introduced a unique new finish option on four of their models based on the antique varnish process specially adapted for the guitars by varnish shop manager Li Hua Rong: this process involves a traditional technique of hand varnishing the instrument in first a golden ground colour, then a further coat with a red dye that gives a beautiful three dimensional depth to the varnish and finally a shellac top coat that can be rubbed to a soft gloss finish. In addition to this the top coat is gently distressed to  these instruments to create an aged patina that should mature gracefully as the guitar ages – a very sophisticated and elegant take on the popular relic fashion.

Eastman’s current range of electric guitars consists of the AR series of traditional carved and laminated top jazz guitars, the T series based on the Gibson ES-335 family of centre-blocked arch-tops, a more esoteric range of designer arch-tops such as the El Rey and Pisano, a Gretsch style arch-top named the T58, and the SB series of solid body Les Paul style guitars.

You can view our stock of Eastman guitars here and mandolins here. 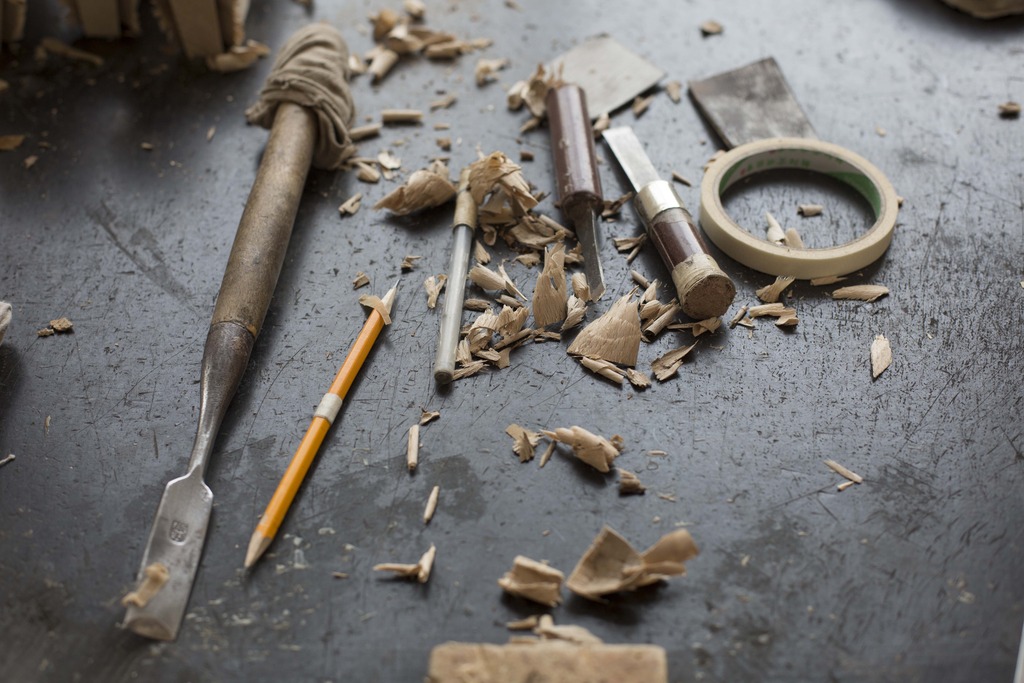 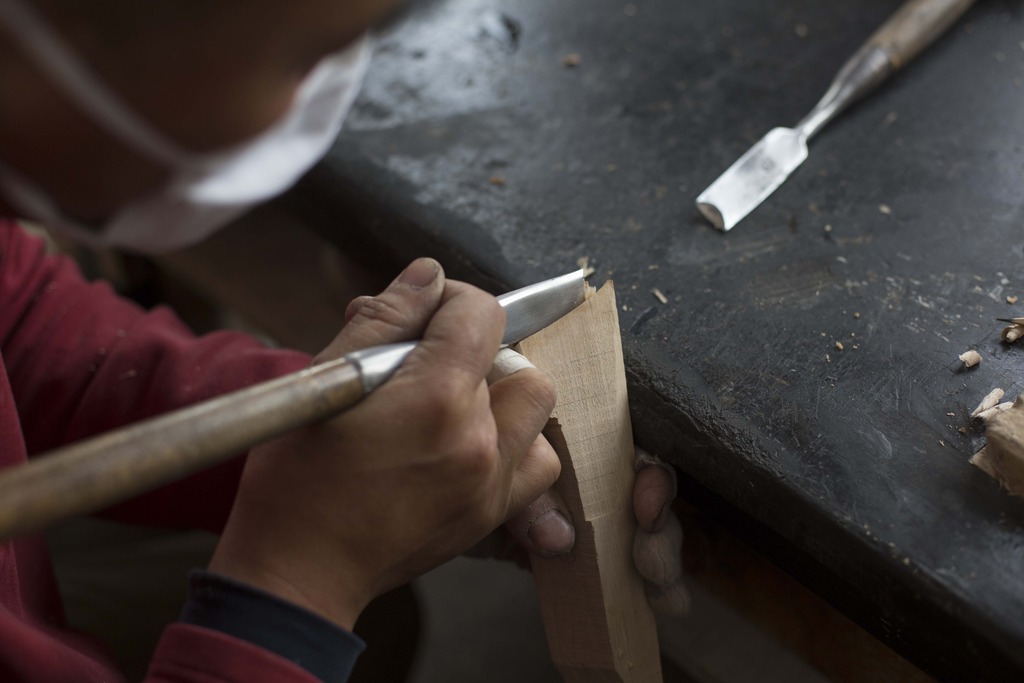 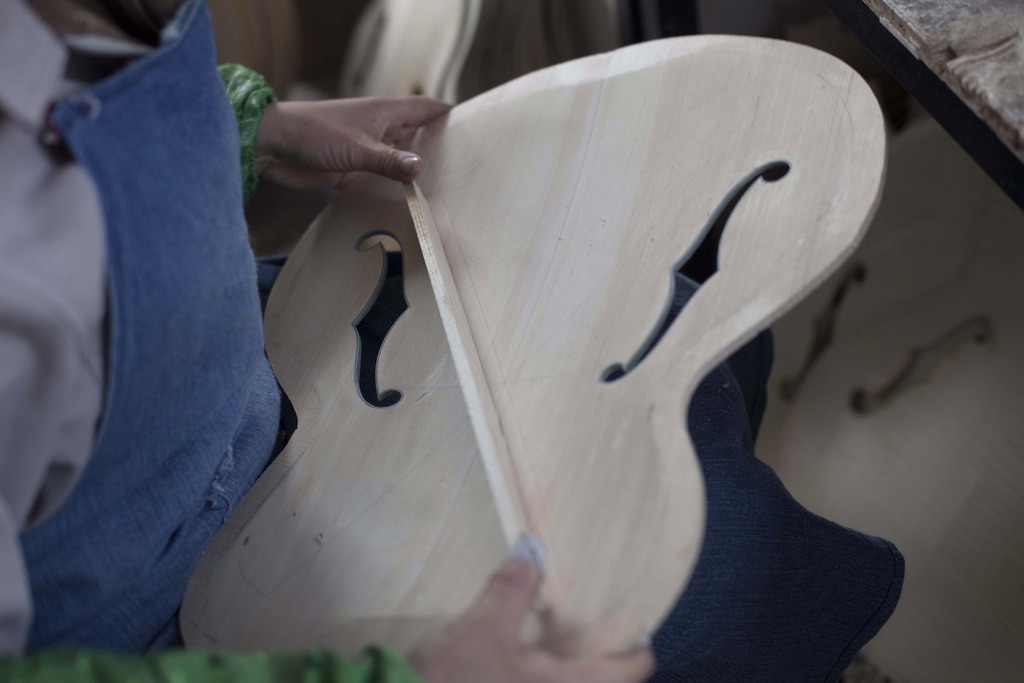 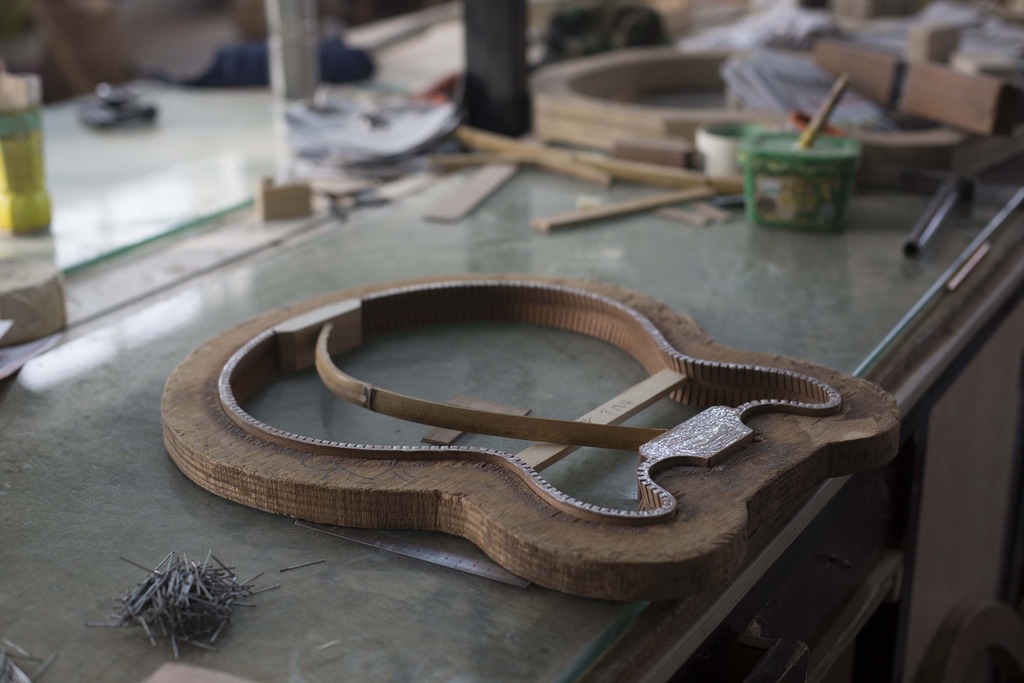 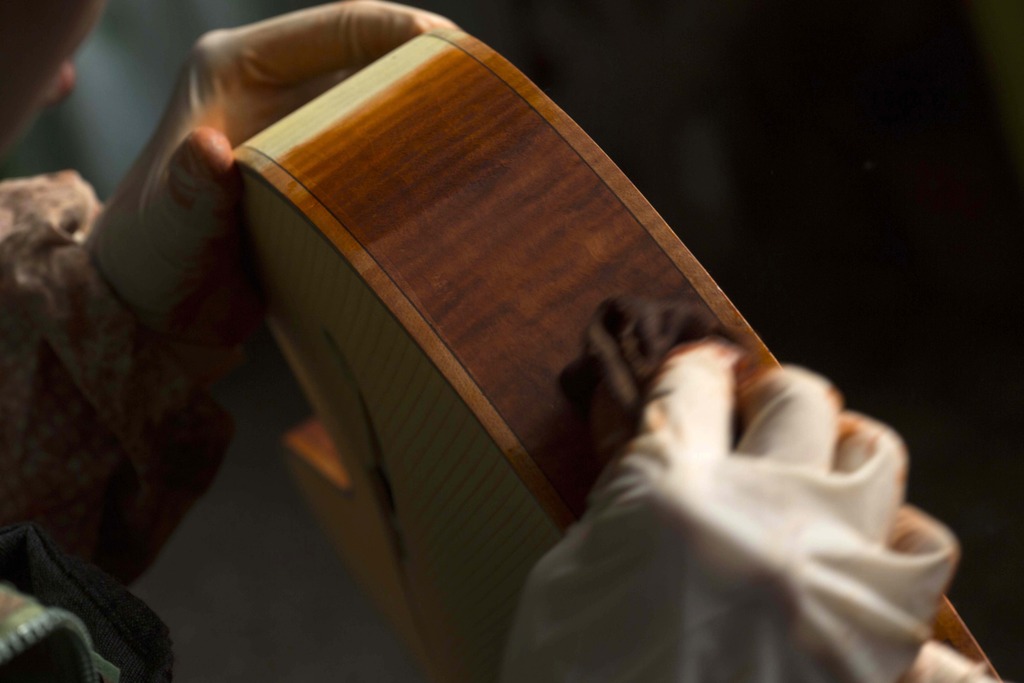 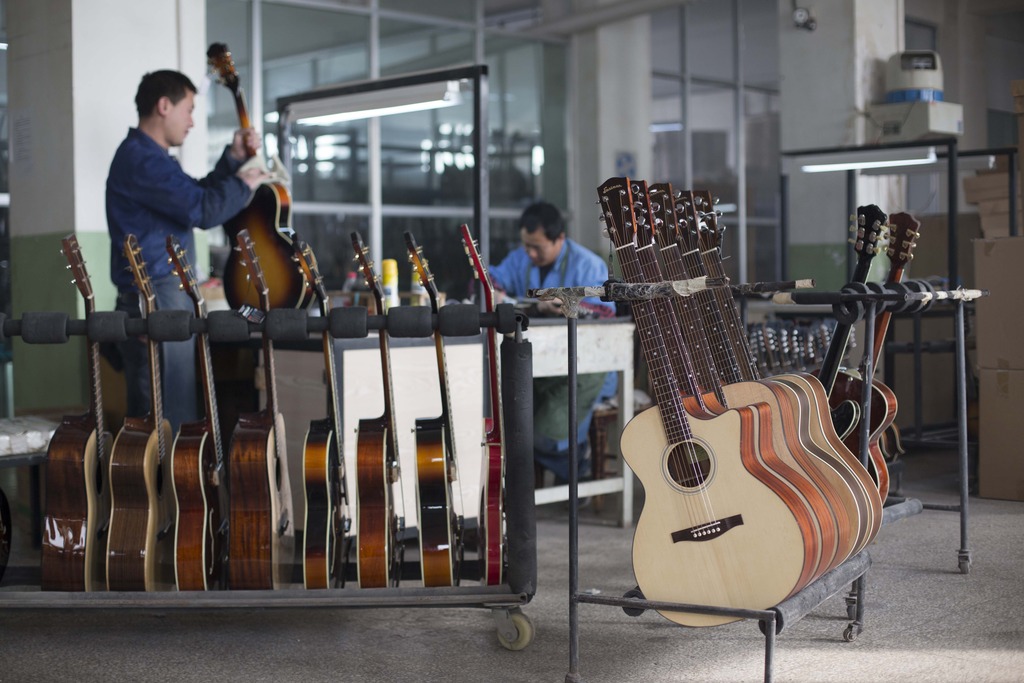