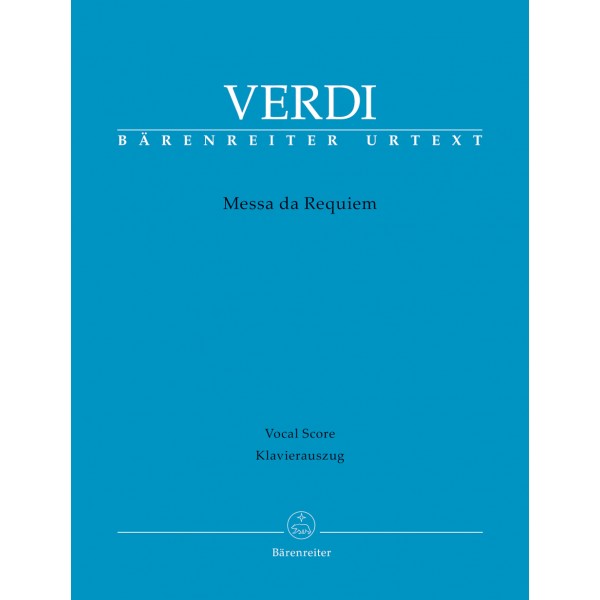 In spite of the most enthusiastic reception at the work’s premiere, the famous pianist and conductor Hans von Bülow criticized Verdi’s Messa da Requiem as “an opera in ecclesiastical robes”. Nonetheless, or maybe precisely for this quality, the work has conquered concert podiums worldwide.

For this scholarly-critical edition, the editor has consulted no less than 16 sources, many more than were ever used for any other edition of the Requiem; some of these sources were never evaluated before and one source, a hand-written vocal score, particularly relevant to the evaluation of the “Liber scriptus”, was newly discovered.

As such, this edition offers new philological and editorial decisions regarding phrasing, articulation and dynamics and succeeds in presenting practical suggestions to solve musical problems and those concerning the interpretation of this famous work.

This edition comprises a concise Critical Commentary in the score. The most important editions published in the 19th century are compared with regard to musicological questions in the work. The genesis of some misunderstandings included in the 1913 and 1964 Ricordi editions is traced. The first version of the “Liber scriptus” for chorus is included in the appendix while the later version for mezzosoprano solo is to be found in the main part of the edition.

other products in the 'Exam Music' category: