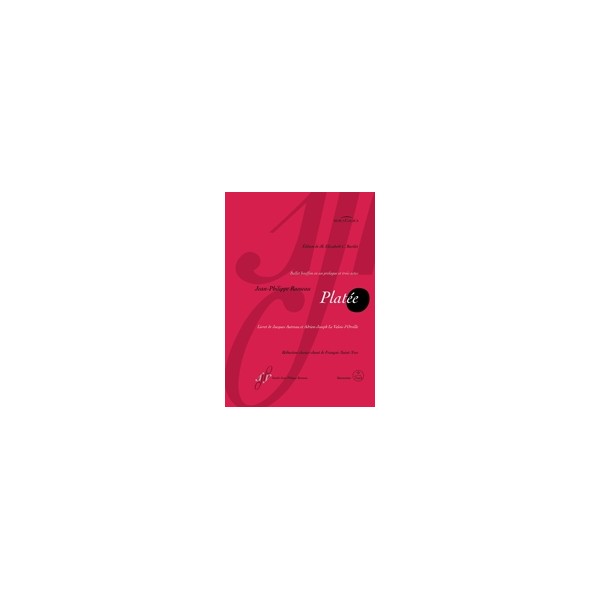 Platée was written to a libretto by Jacques Autreau that Rameau
allowed to be revised for
his purposes by Adrien-Joseph Le Valois d’Orville, above all to
highlight its comic effects.
In the form of a grotesquerie, we witness Jupiter curing his wife
Juno of jealousy.
He feigns a wedding celebration with the ugly swamp-nymph Platée.
When Juno arrives
she has to admit, in view of such a ridiculous rival, that her
suspicions were unwarranted.

The work was first performed in Versailles in 1745 at the wedding of
the Dauphin Louis with
Maria Theresia of Spain. The performance was a failure, however, for
the audience
considered the rough-hewn comedy and scurrilous characters out of
place at a wedding.
It was not until 1749, in Paris, that Platée achieved its
breakthrough and became
Rameau’s greatest success to date. Another version with altered text
was performed
from 1754 onwards.

Our vocal score is based on the full score prepared by M. Elizabeth
C. Bartlet for publication
in the Rameau complete edition (Opera omnia Rameau, volume IV/10).
Like the full score,
it presents the Paris versions of 1749 and 1754 in the main body of
the volume while
reproducing variants from the Versailles première of 1745 in the
appendix.

Orchestral material for both versions is available on hire.

- Spacious appearance on the page