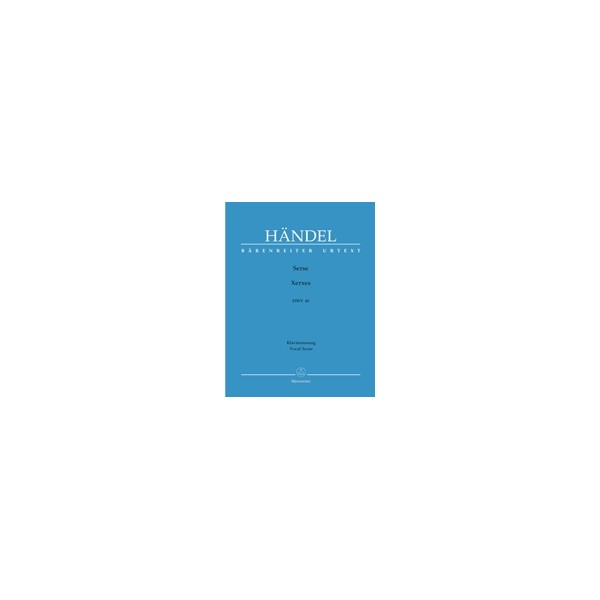 Handel started writing “Serse” on 26 December 1737 and completed the
third act on
6 February 1738. The première took place on 15 April of the same
year at the King’s Theatre in the
Haymarket. Four performances followed, after which the work was not
heard again until 1924.

The opera focuses on the Persian king Serse, who, rather than
serving as a military commander
or statesman, appears at the centre of a highly complex love story.
Handel provided an admixture
of buffo elements (the antics of the servant Elviro, the stupidity
of the soldier Ariodate) to the
standard ingredients of opera seria, such as the broadly declaimed
woes of Serse, Romilda,
Arsamene, and Amastre.

This interweaving of seemingly incompatible stylistic resources
arose in Naples and can already
be found in the 17th century librettos that served as the principal
sources of Handel’s Serse.
Though unsuccessful at the time, today “Serse” is prized precisely
for its comic undertones
and is regularly seen on stage.

Our new Urtext vocal score is based on the volume edited by Terence
Best for the
“Halle Handel Edition” (series II/volume 39).