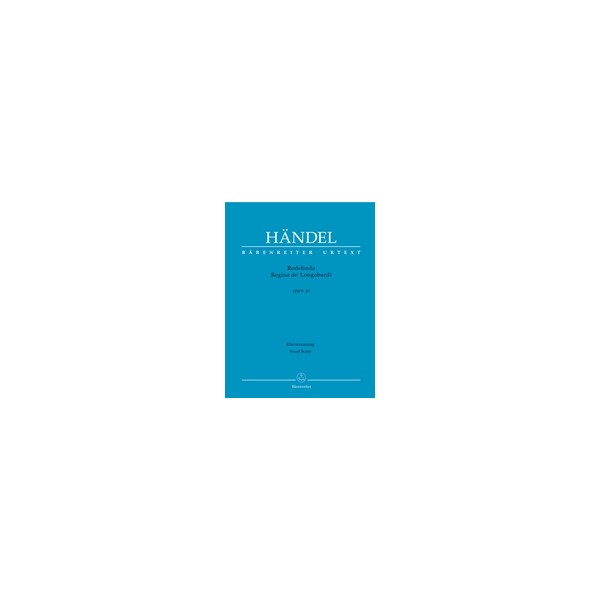 After Giulio Cesare and Tamerlano, Rodelinda is the third masterly
opera that Handel
composed between December 1723 and January 1725. The words were
written by
Nicola Haym, the author of many other Handel librettos. The first
performance took place at
the King’s Theatre in the Haymarket, London, on 13 February 1725.
Rodelinda thrives entirely
on the ethical supremacy of conjugal love, and thus prefigures the
great operas by Gluck and
Beethoven on the same subject. The plot is taken from the history of
the Lombard royalty.
Oskar Hagen’s revival of Rodelinda in 1920 ushered in the modern
Handel opera movement.
The work forms the climax to a series of dramatic masterpieces that
includes Handel’s most
significant operas.

Handel returned to Rodelinda on two occasions, in December 1725 and
in May 1731. Many
far-reaching changes were necessary owing to the different skills of
the new singers.
For example, Handel wrote three new arias and a duet for the first
revival. Yet the changes he
made for this performance, doubtless to accommodate the needs and
wishes of the singers,
also improve the work’s dramatic substance.

Our vocal score is based on the Urtext of the full score published
in the Halle Handel
Edition (II/16) and reproduces the various alternative readings and
versions in an appendix.

- Easy to play, designed for use in performance

- Clear, spacious appearance on the page