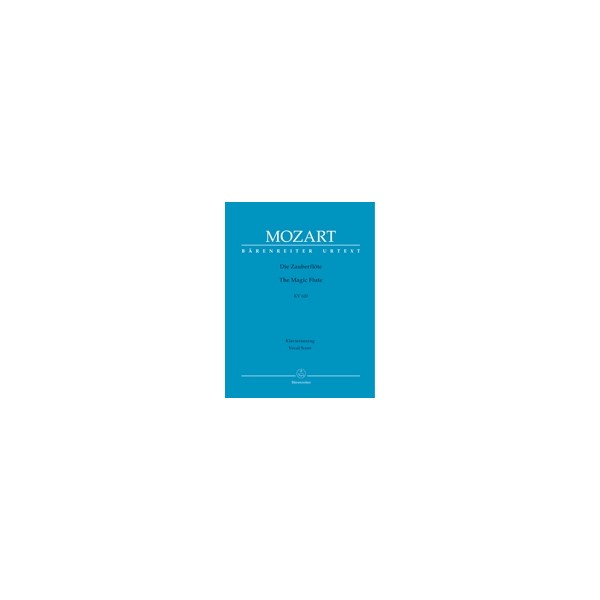 This new vocal score is based on the Urtext score from the “New
Mozart Edition” (NMA II/5/19)
edited by Gernot Gruber and Alfred Orel as well as on the latest
scholarly research from the
Critical Commentary by Rudolf Faber published in 2006.

The Magic Flute remains Mozarts most popular opera worldwide to
this day. Schikaneder’s
Freihaustheater auf der Wieden was a theatre in the suburbs of
Vienna. It was a kind of people’s
theatre with a corresponding repertoire and its attraction for the
public was due not least to the use
of spectacular stage effects. The concept ‘machine-comedy’ refers to
the theatrical genre to which
“The Magic Flute” owes its origins, and to which the work originally
belonged. The premiere was
given on 30 September 1791, conducted by Mozart.

With this new edition, Bärenreiter has now published vocal scores to
all Mozart’s stage works in
revised or new editions. These editions offer a historically
grounded working basis and will be
decisive for Mozart reception for the forthcoming decades.

- Vocal score based on the Urtext of the “New Mozart Edition”

- Incorporates latest scholarly findings from the Critical
Commentary of 2006