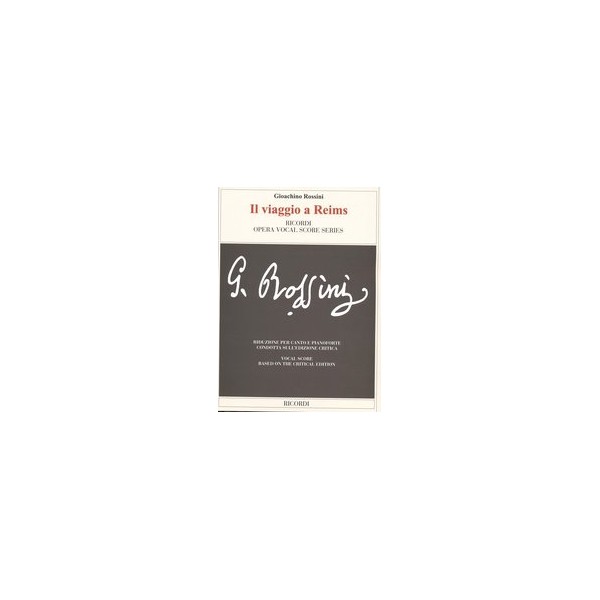 Ricordi Vocal Score based on the Critical Edition.

The large cast (the above list is incomplete as at one point the opera has a \"Gran Pezzo Concertato a 14 Voci\") goes some way to explaining why the vocal score to this one-acter runs to well over 600 pages). The plot (if it can be described as such) is simple: a cosmopolitan group of travellers on their way to Rheims for the 1825 coronation of King Charles X, are stranded at The Golden Lily Inn in Plombieres due to a lack of fresh horses. They kill time by exchanging songs and stories in a kind of condensed Canterbury Tales.

The need for ten major soloists led to it lying unperformed for a century and a half after its premiere, and Rossini reworked a lot of the material when writing Il Comte Ory. It is however a wonderful ensemble opera and should see more performances in, for example, conservatoire productions.