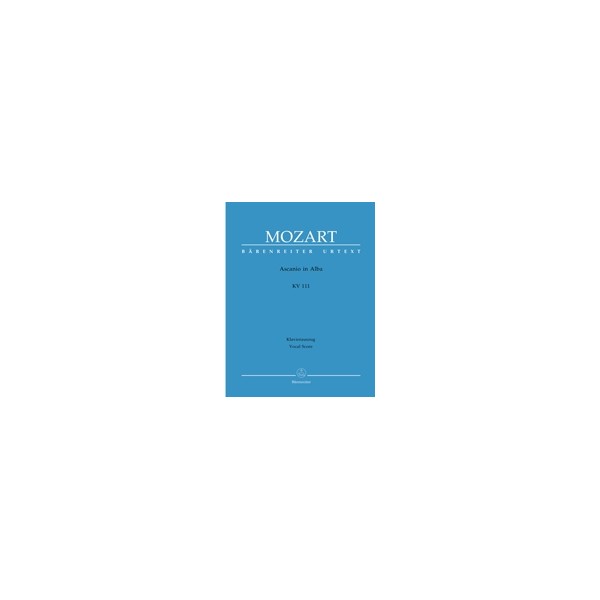 On the occasion of the marriage of her son Archduke Ferdinand of
Austria to the
Princess Maria Ricciarda Beatrice of Modena, the Empress Maria
Theresia commissioned
the young Mozart to compose the work, Serenata Teatrale “Ascanio in
Alba”. The librettist
the Viennese Abate Guiseppe Parini, one of the most outstanding
poets of the 18th century,
wrote a baroque-designed libretto, which paid homage to and
congratulated the royal couple.
Mozart wrote the music in only a few weeks, from the end of August
until 23 September 1771.

The first performance took place on 17 October 1771 in Milan to
rousing success. Shortly
thereafter, Leopold Mozart wrote that his sons composition had so
overpowered the main
performance of Hasses opera, “Il Ruggierio” from the previous day,
that he could hardly
describe it. The vocal score is based on the Urtext of the New
Mozart Edition.