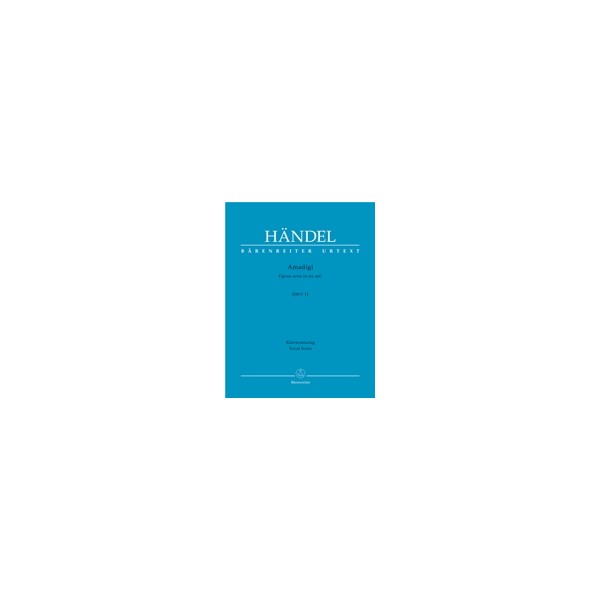 * n On 23 March 1715 Handel’s fifth London opera received its triumphant premiere
On 23 March 1715 Handel’s fifth London opera received its triumphant premiere. The success of what was Handel’s third opera about magic was based not only on the splendid new sets and costumes but also on the extraordinary richness of beautiful music which accompanied the dramatic experiences of the lovers Amadigi and Oriana in battle with the sorceress Melissa.
“Amadigi” was probably written with the famous castrato Nicolini in mind, who sang the title role in the premiere. The opera remained regularly in the repertoire until 1717 with small changes caused by illness or a change of singers. “Amadigi” was also performed several times in German in Hamburg between 1717 and 1720.
The new vocal score is based on volume II/8 of the “Halle Handel” Edition: the appendix contains all surviving variants from the original performances during Handel’s lifetime.
- Based on the Urtext of the “Halle Handel” Edition
- Original Italian text with singing German translation
- Foreword (Ger/Eng)