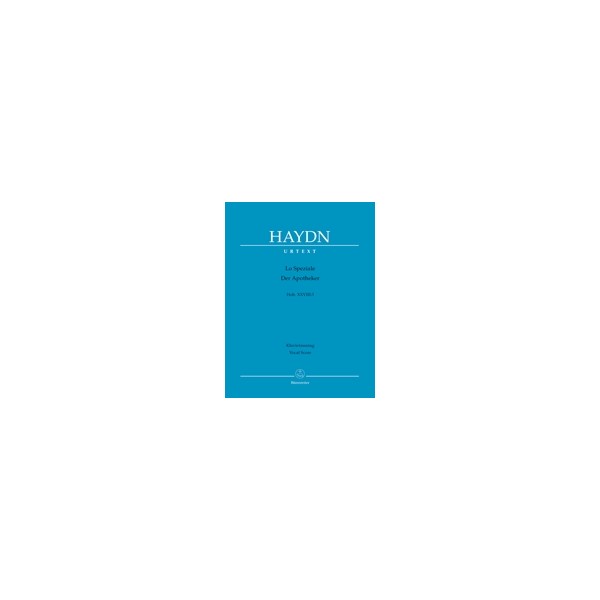 The newly-built opera house in the park at Schloss Eszterháza was
opened in September 1768
with Lo Speziale. The work has combinations of roles and the
complications typical for opera buffa.
The two youths Mengone and Volpino complete for the affections of
Grilletta, the pretty ward of the
strange apothecary Sempronio. But the apothecary would prefer the
girl for himself. In the end, true
love triumphs.

Unfortunately, the score of Lo Speziale has not survived the
centuries in a complete form. Parts
of the music of the third act are lost. The corresponding text has
been taken from the libretto.
The appendix includes a second version of aria no. 7, which has
survived in Haydn’s autograph.

The vocal score is based on the Urtext of the corresponding volume
of the Haydn Complete Edition
(XXV/3, 1959) and the Critical Commentary.

- Vocal score based on the Haydn Complete Edition published by G.
Henle