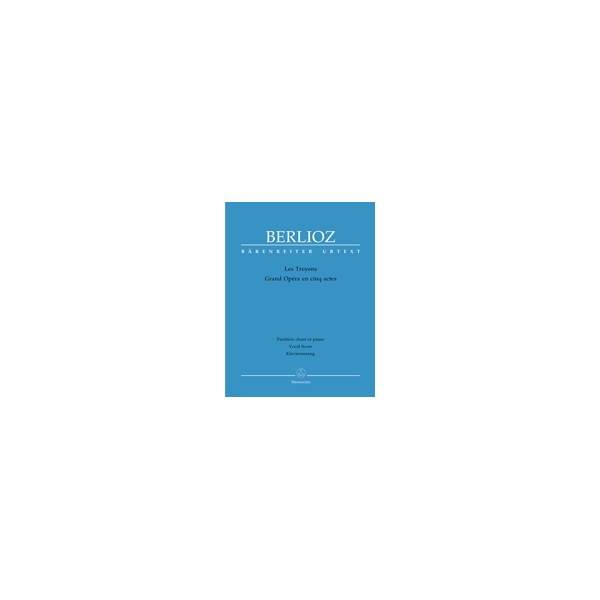 The vocal score to “Les Troyens” presents the text Berlioz conceived
as a great five act opera.
During the composition of this work between 1856 and 1858 and up
until June 1863,
Berlioz perceived “Les Troyens” as one opera. Because of performance
difficulties,
the composition had to be divided into two operas, “La Prise de
Troie” and
“Les Toyens à Carthage”.

Berlioz began to write the libretto in Paris in April 1856 and
completed it on June 26th of that
same year. The dramatic material of acts III-V is taken from books 1
and 4 of Virgils “Aeneid”.
The two trojan acts are loosely based on books 1 and 2 by Virgil.

Berlioz wrote in May 1861: “I am sure that I have created a great
work, greater and
superior to anything I have ever written before”.

The vocal score is based on the three-volume New Berlioz Edition and
also on the
one-volume vocal score edition that under Berlioz’s supervision, was
privately printed
in 1861-62 and then distributed. The appendix contains two complete
scenes:
The Sinon scene from the first act and the original finale from the
fifth act.