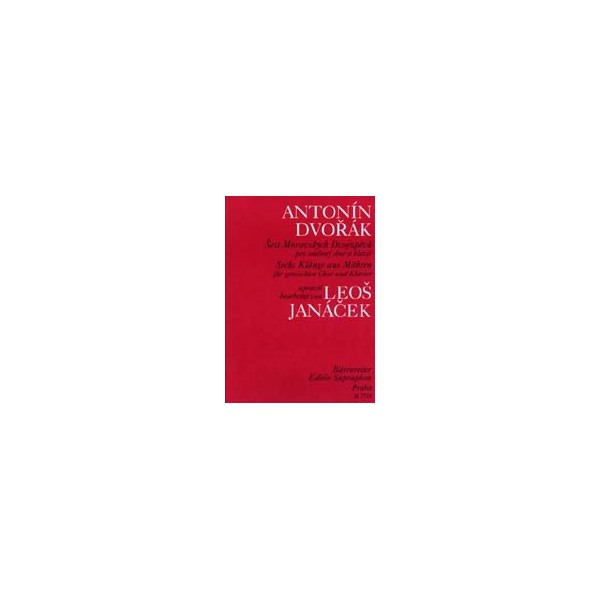 Moravian Duets, a popular composition that was originally intended for household performance, won the young Dvorak a scholarship. This relieved him of existential problems and after the composition was published by Simrock, it also launched Dvoraks international career. Shortly after their publication, Janacek arranged six duets for a four-part choir using Dvoraks piano accompaniment. In this way, Janacek extended the choir repertoire by six very rewarding pieces, that are included in this edition.