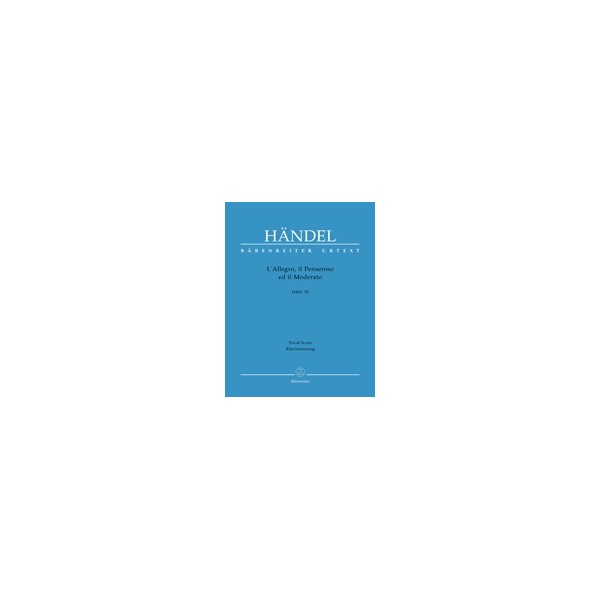 Handel’s oratorio L’Allegro, il Penseroso ed il Moderato is based on
two poems of 1623 by
John Milton. Their main focus draws on merriment, as expressed in
the joys of dawn, the hunt,
a pastoral idyll and thriving towns, and on melancholy, as felt in
the coolness of the nocturnal
forest, the song of the nightingale, and the observation of the
stars. The librettist,
Charles Jennens, contrasts these two antipodes with a third vehicle
for the emotions:
“il Moderato”, who sees happiness in the moderation of these two
extremes.

Unlike his two preceding oratorios “Saul” and “Israel in Egypt”,
which centered on the dramatic
and the epic, here Handel has written a lyric work that gives broad
latitude to the musical
depiction of nature.

The piano reduction, by Andreas Köhs, follows the Urtext of the
Halle Handel Edition.

“A first-rate new edition such as this should serve to encourage us
to perform the work.”
(The Organ no 444 2008)