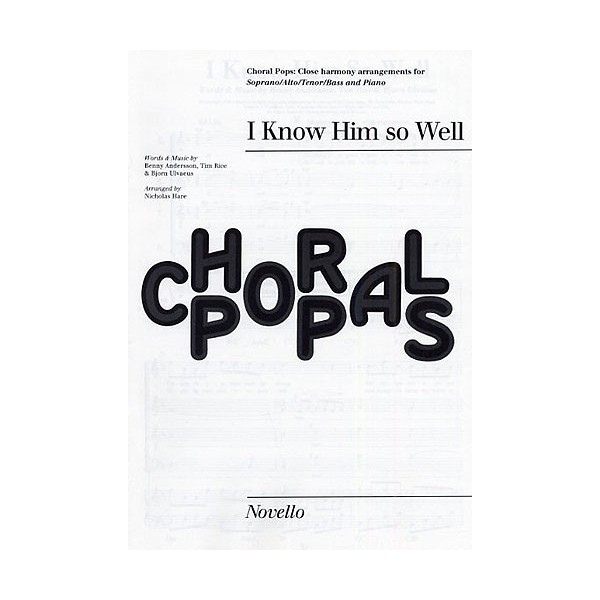 This is a fabulous SATB version of the song from the musical Chess arranged by Nicholas Hare. When it was released in 1985 as a duet by Elaine Paige and Barbara Dickson, I Know Him So Well was number one in the UK for 4 weeks. Paige was also in the original London stage cast.