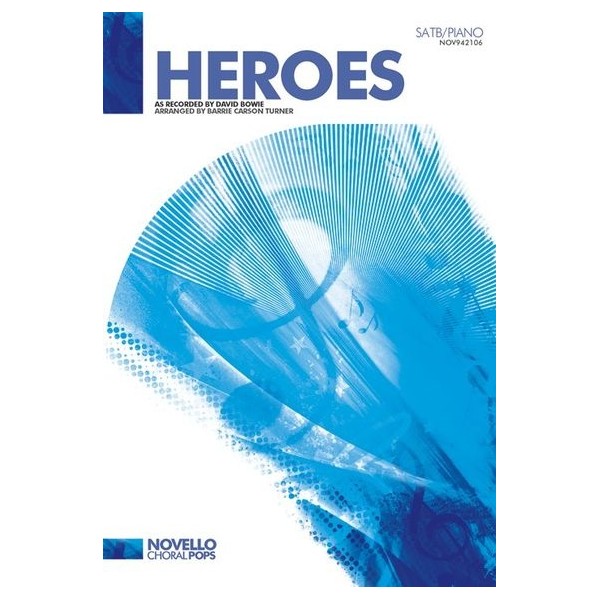 The classic 1977 David Bowie track, Heroes, is considered to be one of the greatest singles of all time. It has previously been covered by everyone from Arcade Fire to Kasabian, Oasis to The Smashing Pumpkins, Bon Jovi to The Script.Add a rock ÔÇÖnÔÇÖ roll edge to your repertoire by performing this SATB arrangement with piano accompaniment.Arrangement by Barrie Carson Turner.