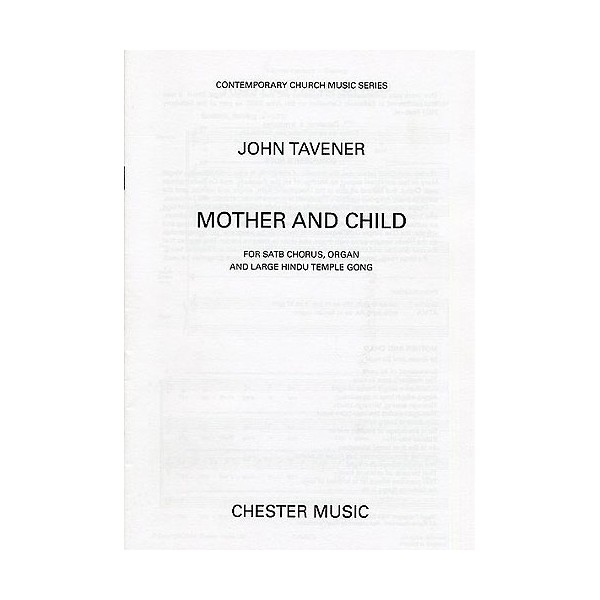 Commissioned for Tenebrae and their director, Nigel Short. John Tavener writes:
'Mother and Child celebrates the miracle of childbirth. It also celebrates Mary in her universal aspect as mother of all Prophets, and co-redemptress with Christ. But behind all this is the Theophanic Light, single and infinite, and the same in every Religious tradition. The music is at once tender, ecstatic, and luminous and follows the text. I have interpolated into Brian Keeble's poem, texts celebrating the Eternal feminine in Greek, and then at the climax an outburst in Sanskrit of ATMA. This is supreme Reality, the true Self, shining and infinite, the one single God, expressed in music by pulsating awesome strokes on the Hindu Temple Gong with organ and choir in massive blocks. This seems to say that the real 'Mother and Child' are both beyond birth and beyond death and beyond time.'