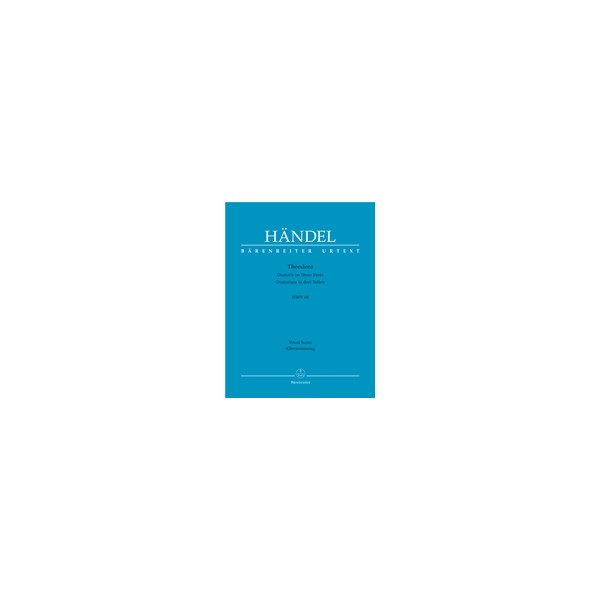 * - Besides the “Messiah”, “Theodora” is Handel’s only oratorio with a Christian theme
Besides the “Messiah”, “Theodora” is Handel’s only oratorio with a Christian theme. In contrast to the “Messiah”, “Theodora”, which was composed in 1749 and premiered in 1750 in London, takes a dramatic plot as its basis. The setting for the action is Antioch during the time of the Emperor Diocletian.
The Christians refuse to take part in the heathen sacrificial cult, preferring to die a martyr’s death. The plot concentrates on the virtuous Theodora, whom the Roman governor wants to compel to become a heathen sacrificial victim through forced prostitution. The Roman officer Didymus, who is in love with “Theodora” and has converted to Christianity through her, rescues her from the Temple of Venus, at which point both are sentenced to martyrdom by the governor.
“Theodora” is regarded as Handel’s most tender oratorio. The Christians’ choruses and arias convey muted colours, and Theodora’s arias are distinguished particularly through their moderate to slow tempi and their vocal inflection lost in reverie. In dramatic contrast with this are the stirring arias of the governor Valens and the choruses of the heathens who pay homage to their gods Jupiter and Venus. As so often, Handel borrowed musical material from other composers, which he elaborated into expressive arias and choruses here. In particular, the final chorus of the oratorio, which is similar to that in Bach’s “St. Matthew Passion” in terms of expression, is referred to in literature again and again. Handel himself felt that “Theodora” was his most significant work.
The vocal score is based on BA 4085 (Series I, Vol. 29) of the Halle Handel Edition which makes available a complete critical version of the music for the first time. The appendix contains the versions from the 1755 and 1759 performances.
- First complete critical edition based on the Urtext of the Halle Handel Edition - Includes all versions
- Foreword (Ger/Eng)