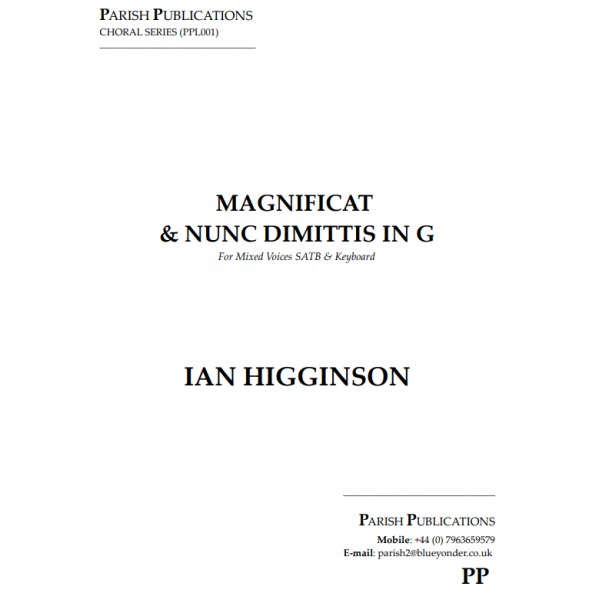 This is a lively choral setting of the evening canticle

For Mixed (SATB with divisi) Choir & Piano or Organ

This is a lively choral setting of the evening canticles - Magnificat and Nunc Dimittis, here scored for SATB and Organ / piano accompaniment by Ian Higginson.

The Magnificat and the Gloria are mostly in a 6/8 metre which provides a steady lilt. It has a burst of almost relentless energy, until it reaches a quieter and more reflective middle section before building up to a climax at the return of the 6/8 theme for the equally energetic Gloria. This work is fun to perform, but it does include some tricky corners in both the choral writing and the accompaniment.

The Nunc Dimittis has a completely different feel to it - set in simple quadruple time, it has a more gentle and perhaps haunting start, which gradually builds builds up to a climax. The setting of the Gloria is a reprise of the energetic 6/8 Gloria, which comes at the end of the Magnificat.