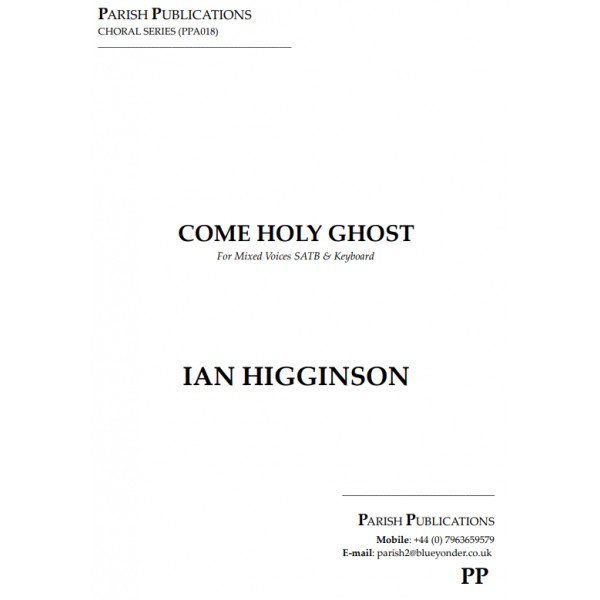 Set in triple time, this is an attractive & lilting setting of this much loved text

It starts off quite gently with just keyboard and one single part, before introducing the other parts gradually and building up to a climax where there is also a descant part

Suitable for Services and Concerts

(Veni Creator Spiritus - Believed to have been written by Rabanus Maurus in the 9th century.)

Set in triple time, this is an attractive & lilting setting of this much loved text. Scored for SATB mixed voices (with some divisi) and organ or piano accompaniment the choral writing is generally not difficult and the accompaniment is fairly straightforward too. This setting starts off quite gently with just accompaniment and one single part, whilst introducing the four parts gradually. It eventually builds up to a climax where there is also a descant part included for the first sopranos towards the end of the piece. Suitable for Services and Concerts.