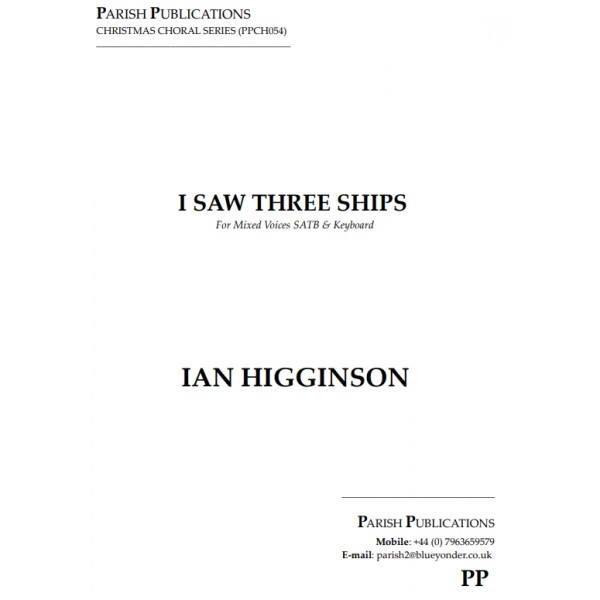 A fun and vibrant setting of this well-loved Christmas text

It is full of syncopation, irregular time signatures and rhythmic jollity

This piece was written for St. Asaph Cathedral Choir

other products in the 'Christmas Choral Sheets' category: