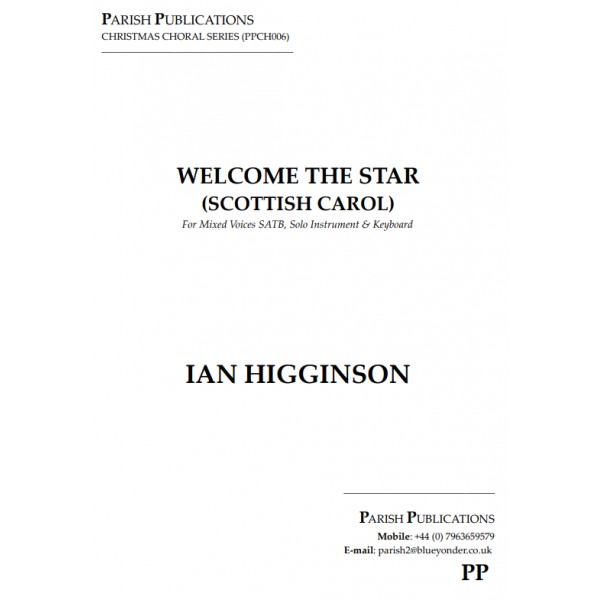 With words written by Carol Gunn, this carol transports performers and listeners to the idyllic surroundings of the Scottish Highlands

The carol has a lilting and haunting melody and incorporates the occasional 'Scottish snap' rhythm over the top of a flowing accompaniment, which eventually builds to a tremendous climax

With words written by Carol Gunn, this carol transports the performers and listeners to the idyllic surroundings of the Scottish Highlands. One Cathedral organist said ' It could have been written by a Scotsman!. The carol has a lilting and haunting melody and incorporates the occasional 'Scottish snap' rhythm over the top of a flowing accompaniment, which eventually builds to a tremendous climax. Although it can be performed with organ or piano accompaniment, plus a solo instrumental part, the orchestrated version of the accompaniment also includes an integral part for bagpipes and you could almost be in the audience at the Edinburgh Tattoo!. It is suitable for services and concerts.

other products in the 'Christmas Choral Sheets' category: