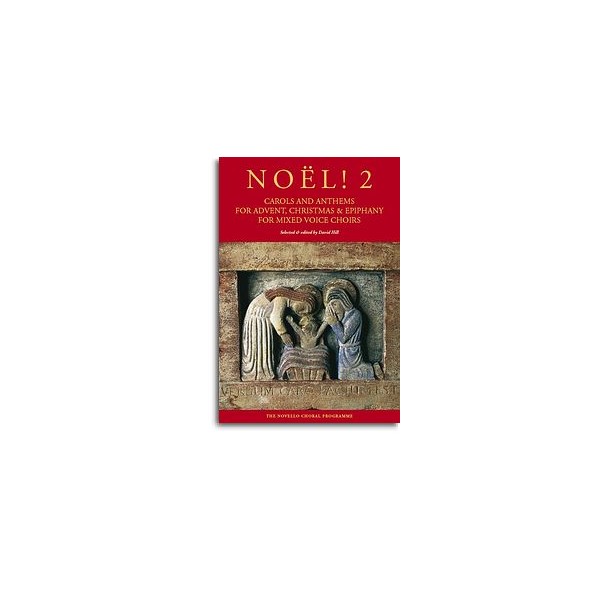 Noël 2 is an exciting collection of Advent, Christmas and Epiphany music for mixed voice choirs, which follows on from the highly acclaimed Noël! Volume 1 (Catalogue No. NOV310800). The contents range from the Renaissance to the present: from Byrd and Sweelinck, via Bach, familiar settings of traditional and lesser known carols through the ages to Howells and Leighton, and work by todays composers including Richard Rodney Bennett, Eric Whitacre, John Tavener Tarik ORegan and Richard Allain.

Mixed voice choirs of all levels will find here new arrangements of favourite carols as well as stimulating works for the Christmas season, from the easy to learn to the more challenging and unconventional.

"Noël was a welcome addition to the Christmas list for decent standard choirs: Noël 2 adds even more to the repertoire in a handy volume...

The main enticements are some fantastic new arrangements of old favourites, a number of works previously only available in single sheets (Whitacres Lux Arumque among others) and some fantastic new surprises. Adrian Peacocks Venite, Gaudete is a wonderfully original and vibrant setting, Richard Rodney Bennets I Wonder as I Wander is both reflective and effective, and there are plenty more.

Some of the pieces here will challenge your choir, but theres a vast amount to get the Christmas inspiration flowing." - Jonathan Wikeley, Music Teacher November 2009

other products in the 'Christmas Choral Collections' category: