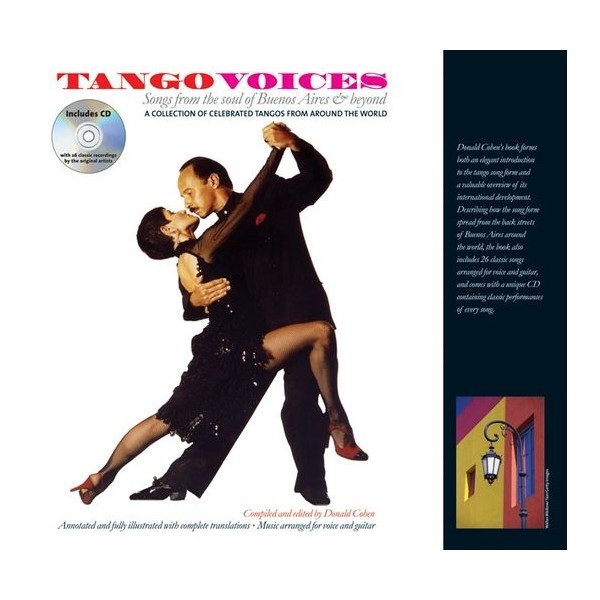 In the past two decades tango has experienced a popular resurgence worldwide. Almost universally familiar as a dance form, tango is also a distinctive genre of song or canción that was born in the impoverished outskirts of late 19th-century Buenos Aires. Whether sung in Spanish, or as would happen later, in Italian or Russian.

Twenty-six songs illustrate the growth and diversity of tango from its Argentine roots to its dissemination throughout Europe and into the Middle East and beyond. These songs are represented both in print - with melody lines, chord boxes and lyrics in their original language and in English - and through classic recordings by the original artists on the accompanying CD.
The CD features 26 classic recordings by the original artists. Donald Cohen is a New York born lawyer, history and music professor, guitarist and folklorist, he has also devoted himself to studying and collecting music from Europe and the Americas.

other products in the 'Book & Backing CD Combos' category: