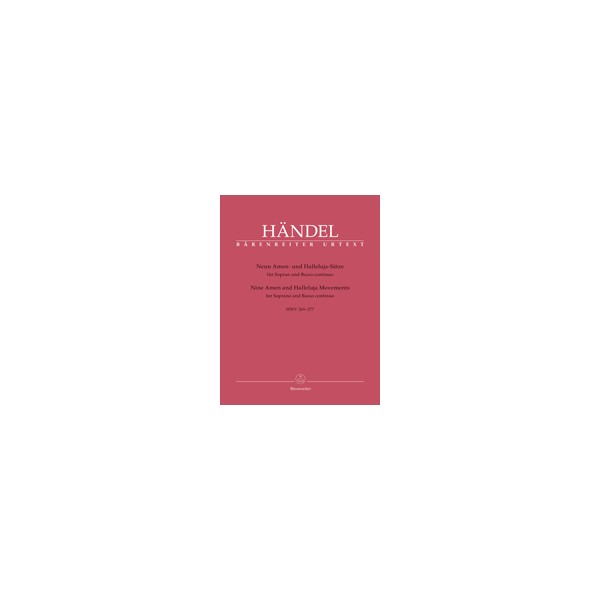 Between 1728 and 1747 Handel composed these nine two-part movements for soprano and instrumental bass. Though speculation exists, the occasion for which the pieces were composed as well as the exact date of their composition remain unknown.

The soprano sings short liturgical phrases such as “Amen”, “Allelujah”, “Alleluja, amen” or “Amen, alleluia”. The editor has supplied a text for the movement HWV 275, which until now has, for reasons unknown, been without text. The Amen and Hallelujah movements are in easy keys (using up to one sharp or two flats) and the modulations rarely move to harmonically distant tonal areas. Handel figured the bassline very detailed which plays mostly an accompanying, supportive role, imitating the voice in a few places. The vocal part is distinguished by the repetition of motives, by repeated notes but also by short or extended coloratura. Presumably these movements were intended for use in teaching.

Today these short movements of between 25 and 76 bars lend themselves well to use in church services.

- Based on the Urtext of the “Halle Handel Edition”
- Idiomatic realization of the continuo part.

other products in the 'Composer Collections & Cycles' category: