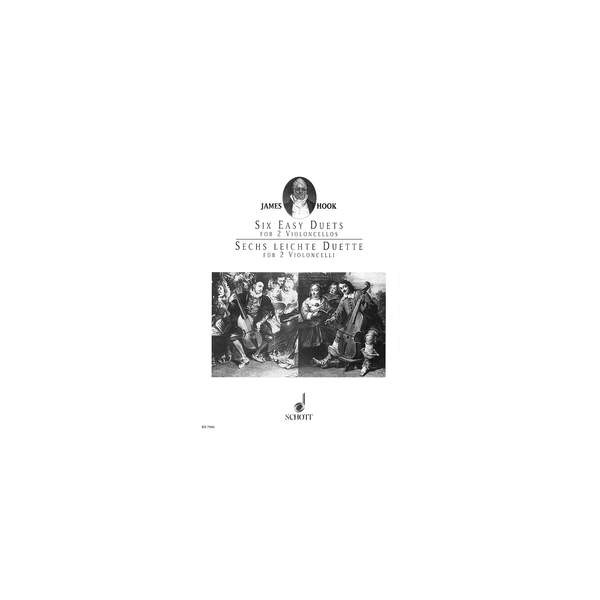 James Hook (b. Norwich, 1746: d. Boulogne, 1827), a pupil of Thomas Garland and Charles Burney, was giving prodigious concert performances at the early age of six. After his fathers death (1757) he earned his living by performing, teaching the flute, guitar, piano and violin, music copying, and instrument tuning. In 1763-4 he went to London and was organist at Marylebone Gardens from 1769-73: at Vauxhall Gardens from 1774-1820: and for many years at St. Johns in Horsleydown. Hook was a versatile and extremely prolific composer. He wrote around thirty stage works, including pantomimes, musical entertainments, operas and incidental music: around two thousand short songs: organ and piano concertos: many different kinds of chamber works: works for organ and for piano and a few didactic works (piano method, figured bass method).

These attractive cello duets, which are highly recommended for use in teaching due to their moderate level of technical difficulty, were originally published around 1795 in separate parts by the London publisher William Forster.