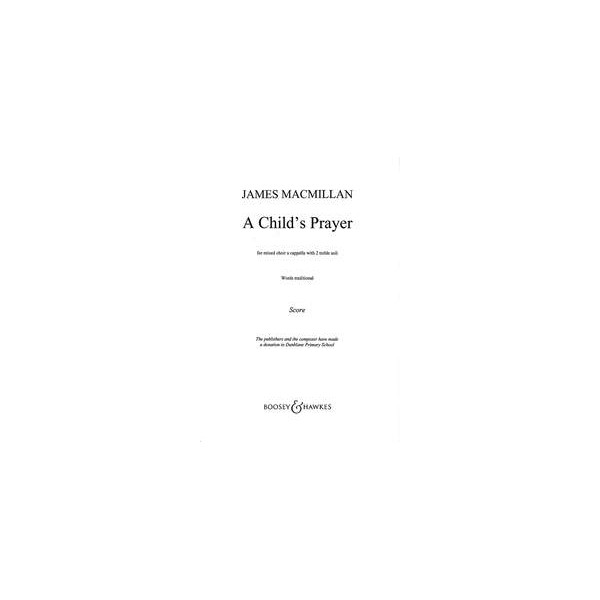 This is an extremely touching tribute piece composed following the horrific slaughter of primary school children at Dunblane in Scotland. The words (traditional) are direct in their simplicity and MacMillan includes an alternative final line for more general use than the Communion service to which the original text refers.

The lament-like chords of the first section with low bass notes underpinning them seem to carry the weight of the heart’:s sorrow. Gradually the high-voiced duet of children’:s voices takes off and soars, like the souls of the murdered schoolchildren, building to a climax before winding down to a quiet ending for the two soloists alone. As a gentle introduction to the distinctive world of MacMillan’:s music this is a good starting point for most choirs (basses need low Es).