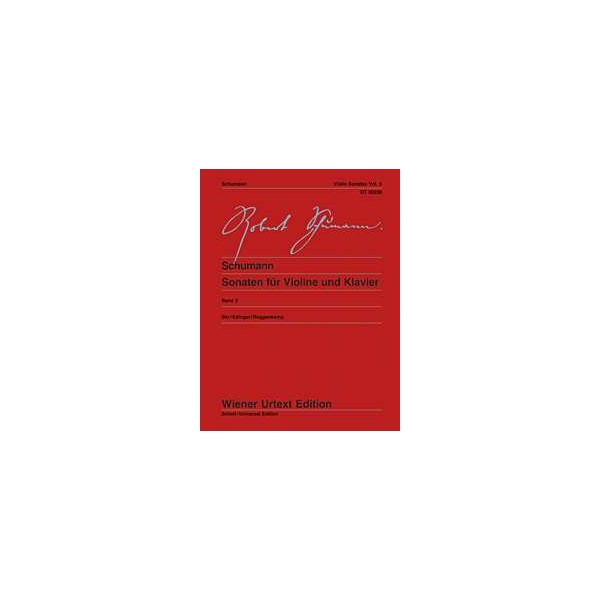 Sonatas for Violin and Piano Band 2 - Based on the sources edited by Ute Bär. Arrangement of the violin part by Christiane Edinger. Fingerings of the piano part by Peter Roggenkamp

In Vol. 2 of the Violin Sonatas by Robert Schumann, the Wiener Urtext Edition presents the F.A.E. sonata jointly composed by Schumann, Brahms and Albert Dietrich, as well as the edited version, with the movements of Brahms and Dietrich being replaced, as third violin sonata of Robert Schumann. The present edition is based on the edition published in 2002 in the New Schumann Complete Edition and thus on the latest musicological findings. In the case of the F.A.E. sonata, this is mainly a matter of slight changes in the fields of dynamics and articulation. In the case of Schumanns third violin sonata, the present edition differs more significantly from the first edition published in 1956 and the slightly revised new edition of 1988. The order of the middle movements the accuracy of which could not be clearly determined up to now has been changed, compared to the earlier editions, because of newly found documents. In addition, the repetition of the first section of the middle part notated in the first edition before the last 13 bars, yet not intended by Schumann has been omitted. The repetition demanded by the composer, however, of the first eight bars before the beginning of the coda which is missing in hitherto publications has been added. Moreover, in contrast to the first edition, the new edition contains a variant for bar 100 in the first movement which was not written out in full by Schumann.