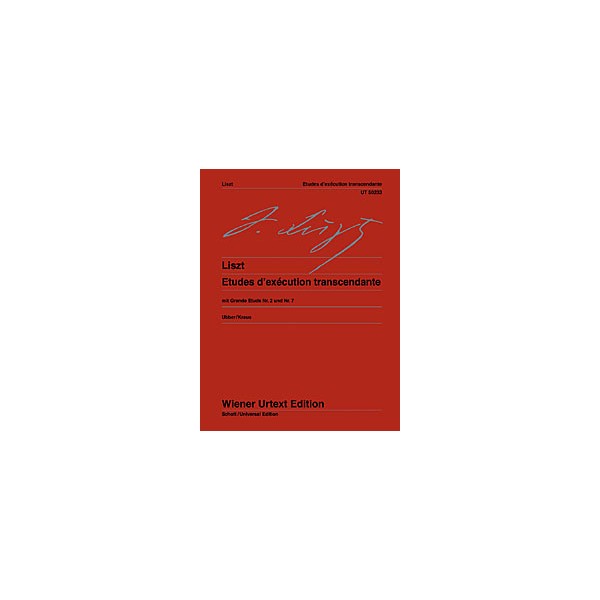 In the new edition of the Etudes dexécution transcendante (1851) the music text has been revised and corrected on the basis of numerous sources, including the version of 1837 (Grandes Etudes) and complemented by hitherto disregarded variants and original fingerings by Liszt.

In addition, the critical edition of two Grandes Etudes is published for the first time, apart from an alternative version of étude no. 11 (Harmonies du soir) from 1876. The notes on interpretation are based exclusively on historical sources, such as records from Liszts pupils and the analysis of performance instructions in the early version.