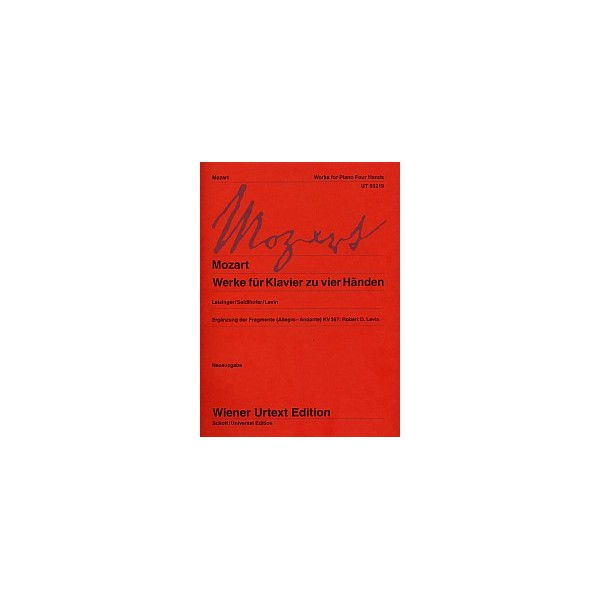 Works for Piano for four Hands - Edited by the sources

Mozarts works for piano duet form the first highlight of this genre which later is only achieved by Franz Schubert. The two early sonatas from the Salzburg period which are particularly suited for music teaching in secondary schools, are opposed to three effective compositions from his Viennese period. The present volume also contains the sonata KV 19d the authenticity of which is not confirmed, as well as two fragmentary movements dated from Mozarts last years of life, KV 357. Robert D. Levin has completed them true to style for practical use, taking the limitations of the keyboards of the Mozart pianos and the composers personal style into account, unlike as in the first edition of ca. 1860. In the appendix, there are the two fantasias KV 594 and 608 originally composed for mechanical organ, adapted from the earliest arrangements for piano duet published a few years after Mozarts death.

In this edition, the music text is published in the form of a score for the first time.