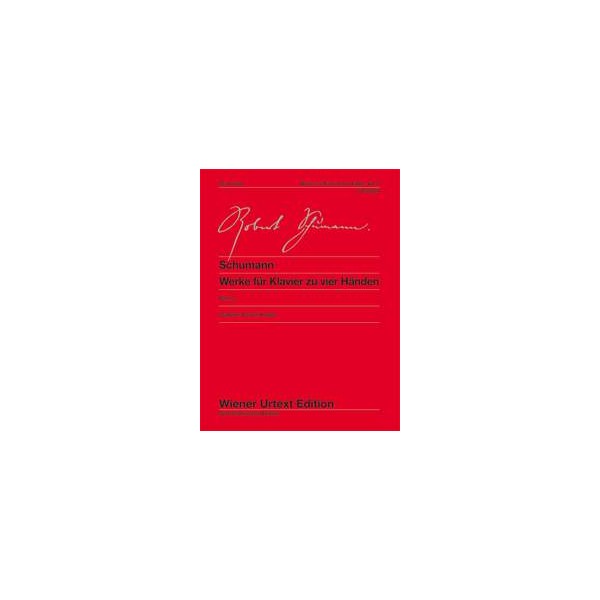 Although Robert Schumann absolutely loved to play a duet, he wrote only few works for piano duet. Created in 1848, Bilder aus dem Osten Op. 66 was one of the best-known and most frequently played works in the piano duet literature until the 20th century. But the Polonaises Op. 3 by the 18-year-old composer following the example of Franz Schubert and even exceeding him in harmonic boldness and tonal ingenuity already show the self-taught Schumann on the way to his own style. After volume 1 which contains the easier works composed for music teaching purposes, volume 2 now contains the charming, yet hardly known Ballszenen Op. 109 in addition to the two above-mentioned works. The new edition of the Wiener Urtext Edition based on the musical text of the New Schumann Complete Edition (edited by Joachim Draheim and Bernhard Appel) provides for the first time a reliable original text based on the sources, especially for the 8 Polonaises which had been inadequately edited up to now. The appendix contains the popular Fantasiestücke Op. 73 (originally for clarinet and piano) edited by the composer and future Schumann researcher Friedrich Gustav Jansen. The arrangement published in 1851 had been revised and thus been authorized by Schumann himself.