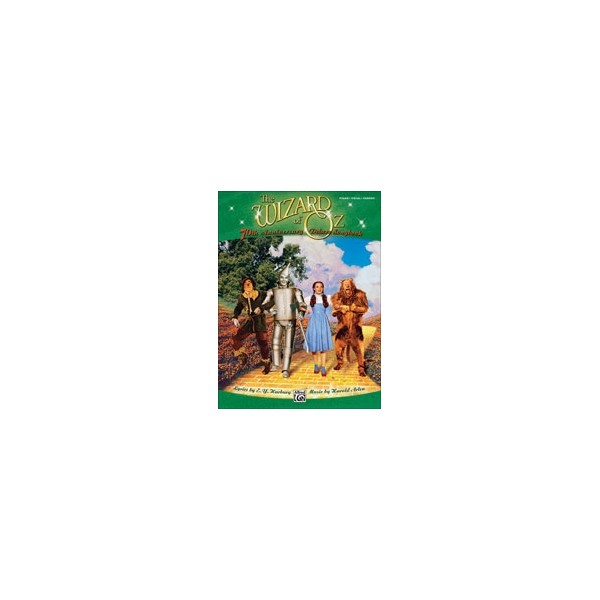 The Wizard of Oz: 70th Anniversary Deluxe Songbook features all of the classic songs by E.Y. Harburg and Harold Arlen. Also included are the never-before published \"character themes\" by Academy-Award winning composer Herbert Stothart, the complete \"Munchkinland Musical Sequence,\" and the song \"The Jitterbug,\" which was cut from the original film. Utilizing rare M-G-M studio manuscripts and the original motion picture soundtrack, each song is presented in its original key. As a bonus, this unique collectors item includes two songs from the 1903 Broadway musical production of The Wizard of Oz, with lyrics by original Oz author L. Frank Baum. These songs have not been published in over a century. The songbook also contains dozens of original production stills and publicity photos, an essay on the story behind the songs and score, and biographies of the composers.
In celebration of the 70th anniversary of The Wizard of Oz, Alfred Music Publishing presents the first-ever publication of all of the legendary songs and musical segments from the best-loved motion picture of all time. This book includes meticulously transcribed arrangements, historical essays, and dozens of rare photographs and illustrations.
Instrument / Category: Keyboard:Piano:Voice
Format: Book
Number of Pages: 100
Language: Eng
Year of Publication: 2009
Product Type: Piano/Vocal/Chords
Version : Piano/Vocal/Chords
Source: Movie