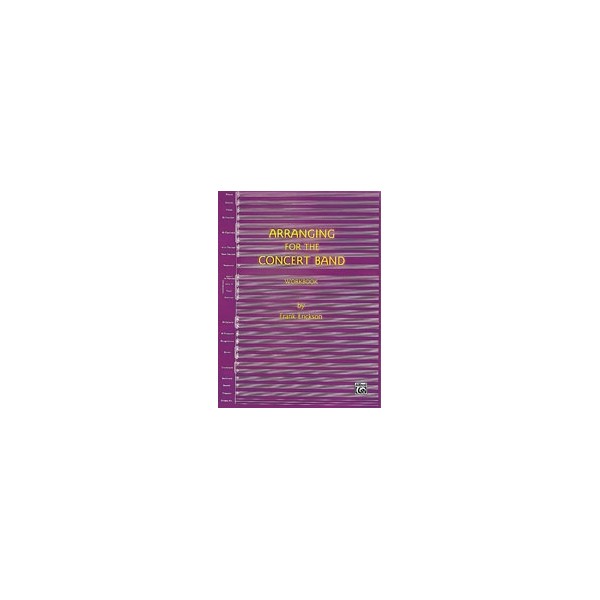 Arranging for the Concert Band - Workbook

Arranging for the Concert Band and the accompanying workbook are intended to introduce students to basic techniques of arranging for the concert band. Arranging can be divided into two separate processes. The first deals with scoring and transcribing. Scoring is concerned with such things as voicing, doubling, balance and color. The term scoring also means the actual writing of notes on the score paper. Transcribing is scoring music written for one kind of musical instrument or group -- say a piano or orchestra -- for a different kind of group. This text deals with those matters. The second part of arranging is the more creative process of writing introductions, modulations, endings, background figures and so on.
Format: Book
Number of Pages: 120
Language: Eng
Year of Publication: 1985
Product Type: Reference Textbooks

Arranging for the Concert Band