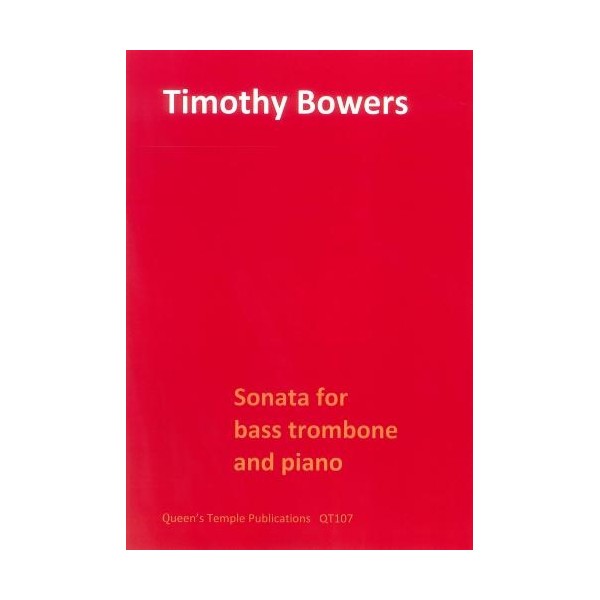 This work was commissioned by Professor James Watson for the brass faculty of the Royal Academy of Music and was composed during August and September 2006. It is the second of five sonatas for brass and piano (Tuba, Bass Trombone, Tenor Trombone, Horn, Trumpet/Flugelhorn) and a concluding work for brass ensemble) of which the last five were commissioned by the RAM. The first performance was given on 15 March 2007 by Daniel West (to whom the work is dedicated) and Timothy End. All five sonatas will be published by Queens Temple Publications during 2009.