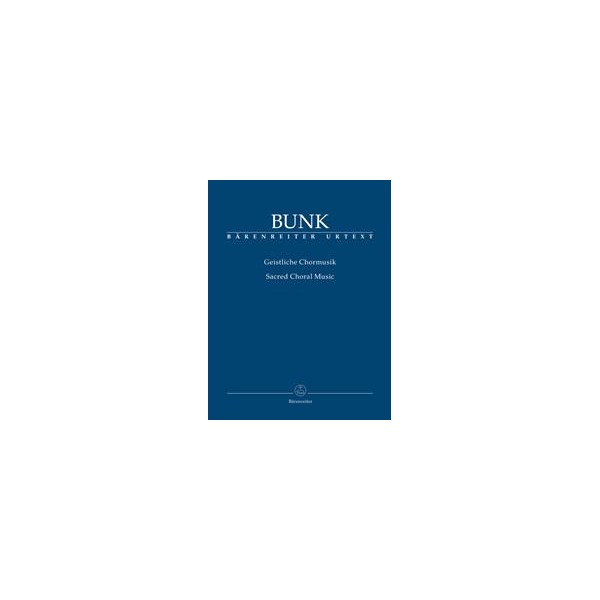 With a detailed foreword and critical commentary (Ger/Eng)

Extension of repertoire for ambitious choirs

The public awareness towards Gerard Bunk&rsquo:s organ works is growing due to concerts and publications which have appeard. His choral music, however, has so far remained virtually unknown. This first Urtext edition presents his four most important choral works (op. 47, op. 72, op. 77 and op. 83), ranging from three-part female choir right through to eight-part mixed choir. These works are ideal for ambitious choirs who wish to broaden their repertoire to include appealing music in the late Romantic style and which can be performed in concerts as well as church services.

The Editors
Jan Boecker is the grandson of Gerard Bunk (1888 - 1958) and editor of the organ and choral works of his grandfather.
Klaus Eldert Mler has been Choirmaster and Organist at the Stadtkirche St. Reinoldi in Dortmund since 2005.